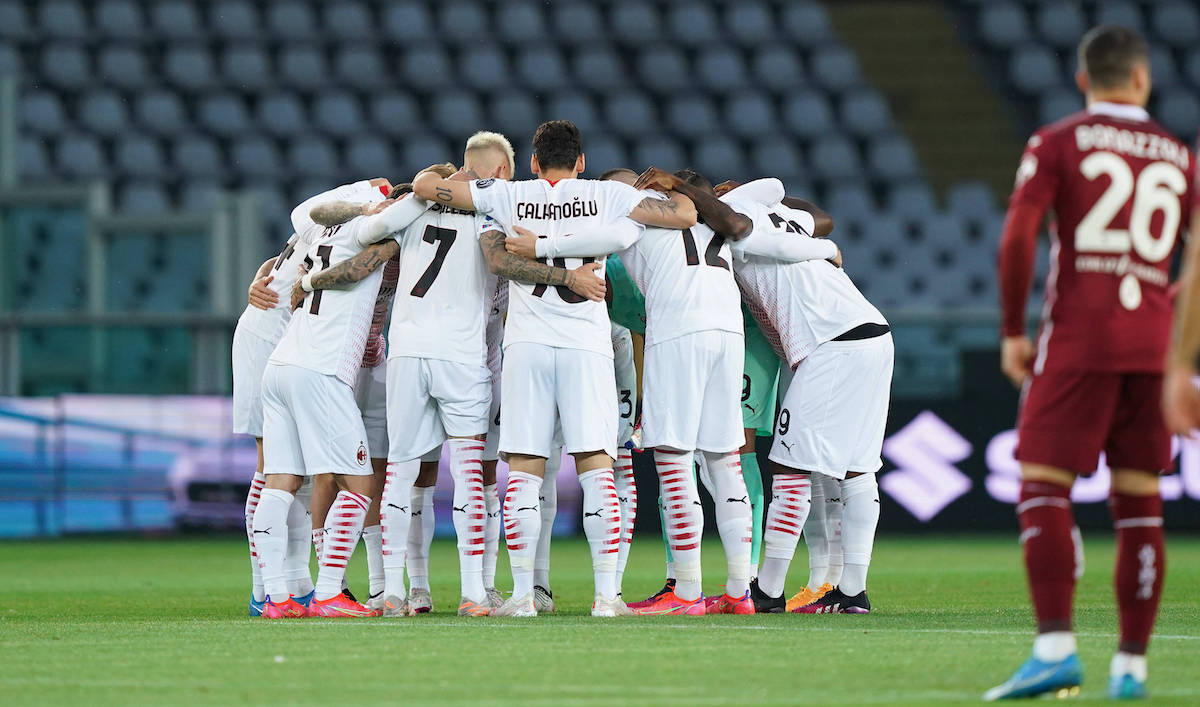 After proving doubters wrong against Juventus, Milan crushed Torino 7-0 as they looked like the clinical side they were in 2020.

It was a big morale-boosting win that will help keep the spirits high in the final two games of the season. In terms of changes in the starting XI there were only two differences compared to the game against Juventus. Both Zlatan Ibrahimovic and Alexis Saelemaekers missed the game due to injury and suspension respectively, with Ante Rebic and Samu Castillejo replacing them.

Torino on the other hand rested a few key players for the weekend and they didn’t exactly threaten their opponents. After an initial slow quarter of an hour Milan opened the scoring and didn’t stop. Needless to say after a win like this, there wasn’t really a bad performer.

Rebic was forced to start on the bench against Juventus, but scored a wonderful long range effort when coming on after Ibrahimovic’s knee problem. With Zlatan out injured, Rebic got the chance straight from the kick-off against Torino and slotted in perfectly, creating chances for his team-mates in the first half before going on to score a 12-minute hat-trick in the second.

It was another killer performance for the Croatian as he has 11 goals and 6 assists in 26 games this season and while that may not seem too impressive, he was injured a couple of times and had to sit out a few games due to Covid-19 having some trouble finding continuity.

It seems that Hernandez has found his from again as he had a really positive performance against Juventus which he continued against Torino, scoring two goals and keeping Torino’s right side quiet.

His numbers thus far have been amazing with 7 goals and 5 assists from that left-back spot, which is truly something special. Excluding the short period he had where he was out of form, the Frenchman has been a pillar in the side as his game continues to improve.

😍 One of the best full-backs in the world 🔥 pic.twitter.com/AFPWapePyy

Brahim Diaz picked up a goal and assist and continued his good form after he was given the chance to be in the starting XI again. The Spaniard has three goals and an assist in his last four starts, seemingly making up the management’s mind into trying to keep him for another year or on a permanent basis.

The hope is that Brahim can continue his development in Italy as he has that special something and he is only 21 years of age. Who knows, he could be a Theo-esque bargain.

4. Not even good enough for depth

With Alexis out suspended, Samu Castillejo got a chance to play from the start, with his future seemingly far away from Milan as he hasn’t really impressed enough to make the management rethink and potentially keep him as a back-up.

In a game where Milan won 7-0, Samu hardly had an impact on the score and wasn’t able to take on players or create chances as easy as the rest of the team and just doesn’t look like he has a future in the squad.

Not only that, but he also spurned a one-on-one chance before being fouled for the penalty (he had already released his shot) and hit the post with the goal gaping after a Kessie header was saved. He does work hard off the ball, but a leap in quality is needed.

After a couple of months of rotating in between Kjaer, Tomori and Romagnoli it seems though as Pioli has the answer to which combination works the best.

Tomori and Kjaer have created a great understanding between themselves and the two look quite solid as seen against Juventus. Therefore, it should come as no surprise that if the Chelsea loanee is bought in the summer he will form the centre-back pairing alongside the Dane going into next season.

The question now goest towards the management and if they indeed redeem Tomori will everything pointing towards that especially in the case of a top four finish. If Milan managed to keep Romangoli and Gabbia as well the squad will have a lot of quality in that defensive area.