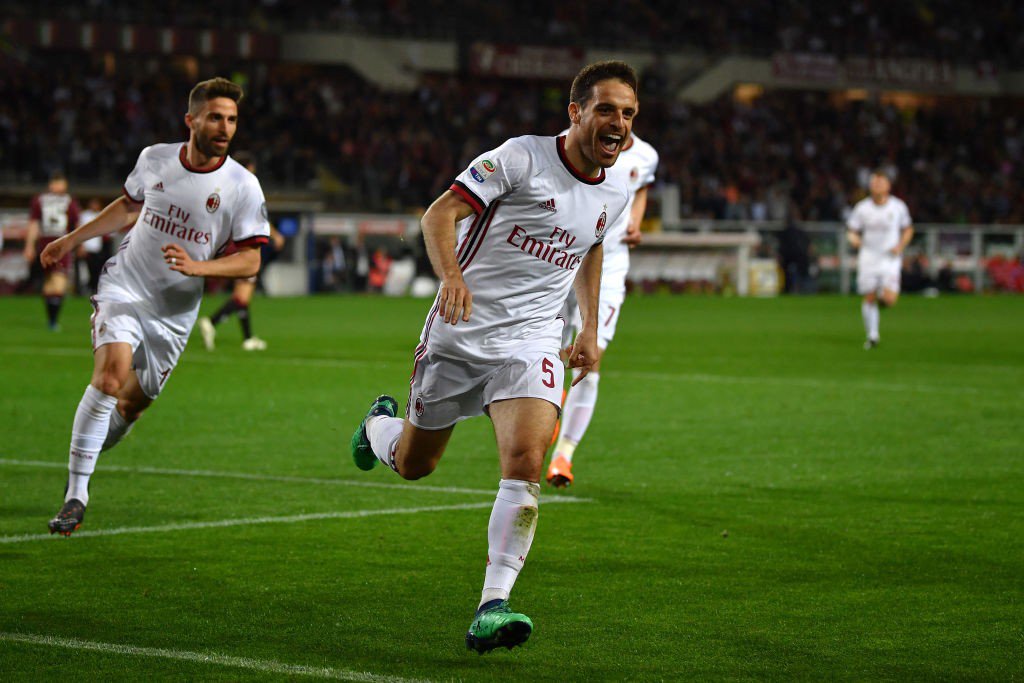 AC Milan let a first-half lead slip in Turin as they drew 1-1 with Torino on Wednesday night.

After Andrea Belotti had missed an early penalty, Giacomo Bonaventura scored with a sensational half-volley to give Milan the lead.

However, Lorenzo De Silvestre equalised from a corner in the second-half to ensure Toro got a deserved share of the spoils.

The result means that the Rossoneri move 10 points behind fourth place, effectively ending their Champions League hopes barring a late season collapse from two of Inter, Lazio and Roma.

It took less than two minutes for Torino to get in behind, and they were presented with the opportunity to open the scoring from the spot as Kessie fouled Ansaldi. Belotti stepped up to take the penalty, but he rattled the crossbar with a fierce effort.

Milan made Torino pay not long after as Bonaventura scored his sixth of the season with a sublime volley. A Kessie shot was eventually cleared before a header found Jack, who teed himself up for a sumptuous dipping strike to make it 1-0.

In a scrappy encounter it took until the 32nd minute for the next save to be forced as Donnarumma back-pedalled and tipped over a looping header from Belotti. From the resulting corner, Iago Falque fired over after the ball fell to him from a skewed Ansaldi shot.

Six minutes before the break Ignazio Abate found Nikola Kalinic with a cross, but the Croatian couldn’t direct his header goalwards.

It took 15 minutes for the first shot on goal of the second half as Suso led the charge for the Rossoneri on the break, but the Spaniard failed to test Salvatore Sirigu who gathered easily.

Ansaldi, who was a constant thorn in Milan’s side, then fizzed a shot over the bar from the edge of the box.

The equaliser for the home side came via a set piece in the 70th minute; De Silvestri rising at the near post to head past Donnarumma from a corner.

With Kalinic withdrawn in favour of Patrick Cutrone, the young striker tested Sirigu with a stinging shot from Kessie’s feed as Gattuso’s side looked for a late winner.

Adem Ljajic tested Donnarumma in the final minute of normal time with a shot that he mishit as he slipped, but the Italian was equal to it to preserve a point for Milan.

The goalscorer De Silvestre was shown a second yellow card in added time.

There would be one more chance for the visitors as Abate grazed the post in the final of six added minutes with a volley from a cleared free-kick.