AC Milan’s top four hopes took a huge blow on Sunday night as they were beaten 2-0 by Torino at the Stadio Olimpico.

After a goalless first half, Andrea Belotti’s penalty and a screamer from Alex Berenguer helped drag the Granata level on points with Milan.

Alessio Romagnoli also saw red late on for dissent towards the referee, while a win for Atalanta would see Milan slip to sixth having taken just five points from their last eight league games.

The Rossoneri’s right side was walking on thin ice very early on as both Suso and Andrea Conti were shown yellow cards inside the opening 12 minutes in what was a feisty start to the encounter.

Lucas Paqueta was then shown a yellow card moments later as referee Marco Guide attempted to asset his control over the game.

After a scrappy opening Milan tested Salvatore Sirigu for the first time just before the half-hour mark as a counter-attack was worked out to Suso, whose stinging effort was palmed away.

Two minutes later Lorenzo di Silvestre should arguably have given the home side the lead when a curling ball was directed towards him at the back post, however he couldn’t make contact despite the teasing delivery. 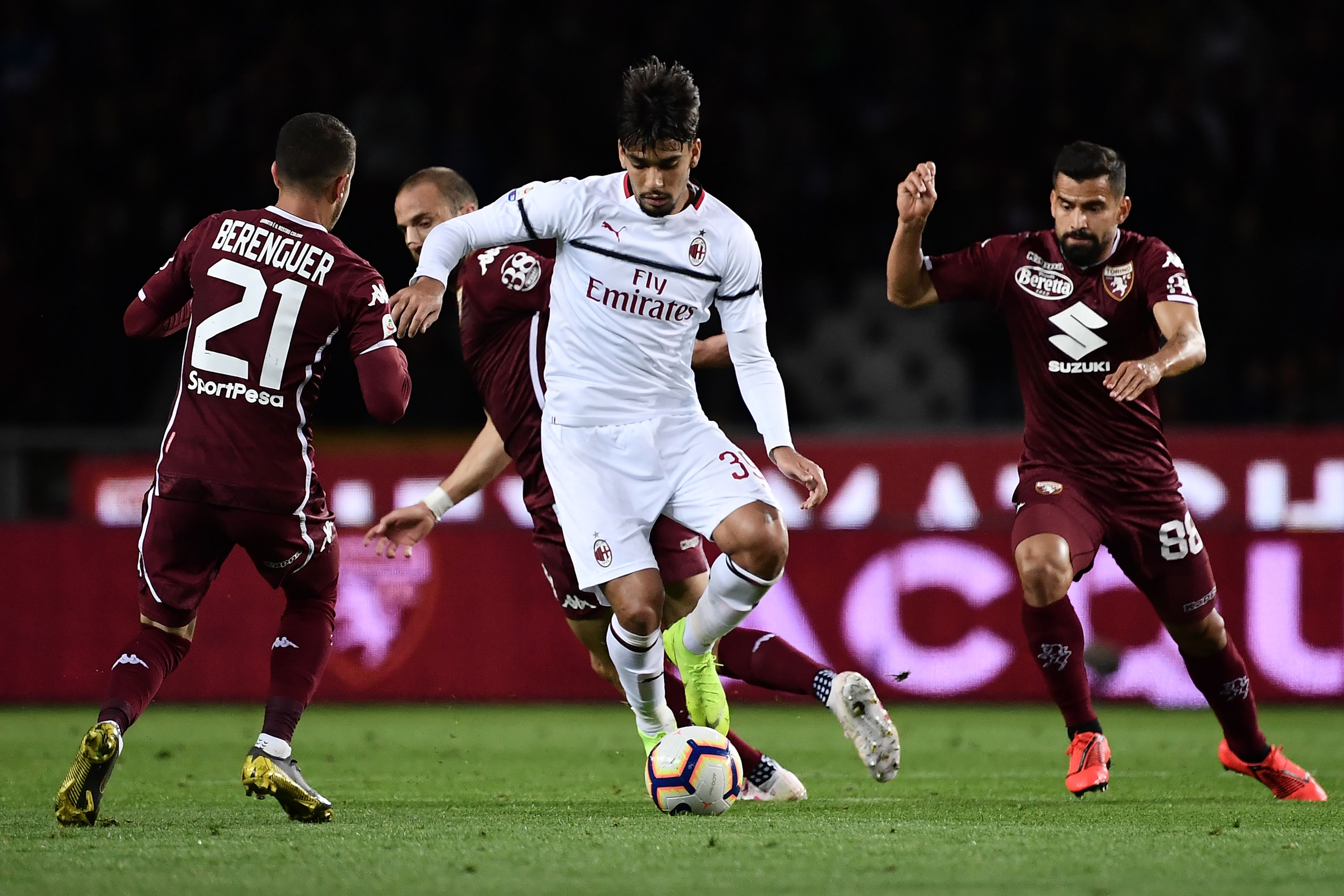 The sides traded half chances in the minutes leading up to the break, with Andrea Belotti forcing Gianluigi Donnarumma into a save at one end before Sirigu thwarted Hakan Calhanoglu from close range not long after.

There was a moment of controversy just over 10 minutes into the second half as Izzo went down under a challenge from Franck Kessie inside the box. The referee awarded a penalty which upon replay seemed very harsh, but VAR confirm the call and Belotti netted to make it 1-0.

Milan came close to levelling in the 67th minute when Tiemoue Bakayoko hit the bar with a stooping header at the near post.

Gattuso’s side were made to pay just moments later as Alex Berenguer made it 2-0 for the home side. A cross from Ansaldi was only cleared to the edge of the box, where Berenguer did superbly to flick the ball up and slam a volley past Donnarumma.

Bakayoko saw a header well saved by Sirigu, but things then went from bad to worse as Alessio Romagnoli was sent off for dissent in what was a truly catastrophic night in Turin.