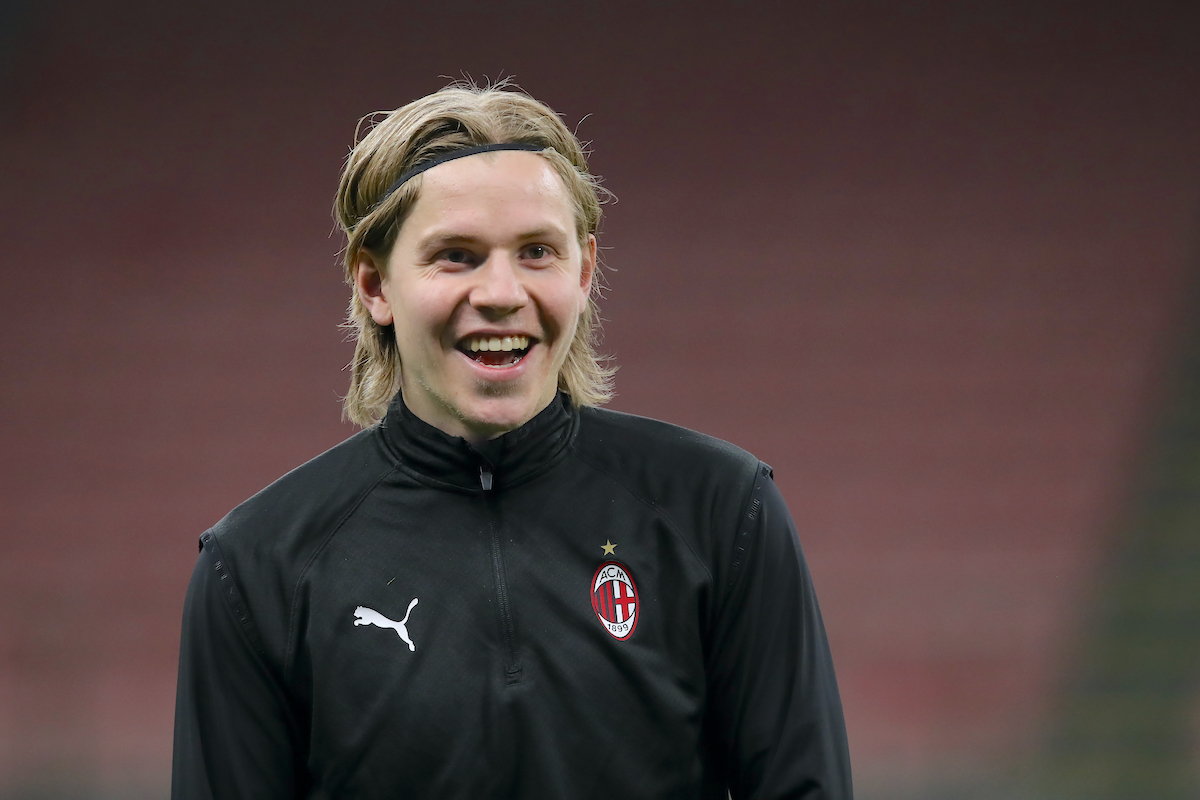 AC Milan are close to being able to announce the sale of Jens Petter Hauge to Eintracht Frankfurt, a journalist has claimed.

Speculation has been growing over the last few days that Hauge is set to leave Milan after just one season. The 2020-21 campaign was a rollercoaster for him as he struggled for playing time from Christmas onwards having made a big initial impact in the first half of the season, scoring some important goals particularly in the Europa League.

According to Manuel Veth of Transfermarkt, the deal that will see Hauge move from Milan to Eintracht Frankfurt is now in the final stages, and the transfer is ‘expected to be announced soon’ with the operation clearly quite far along.

He adds that Wolfsburg are/were also interested but it appears that Frankfurt are now in the pole position, but either way it looks like the Norwegian will be in the Bundesliga very soon.

READ MORE: The schedule for the July 8 preseason meeting and details of the first friendly