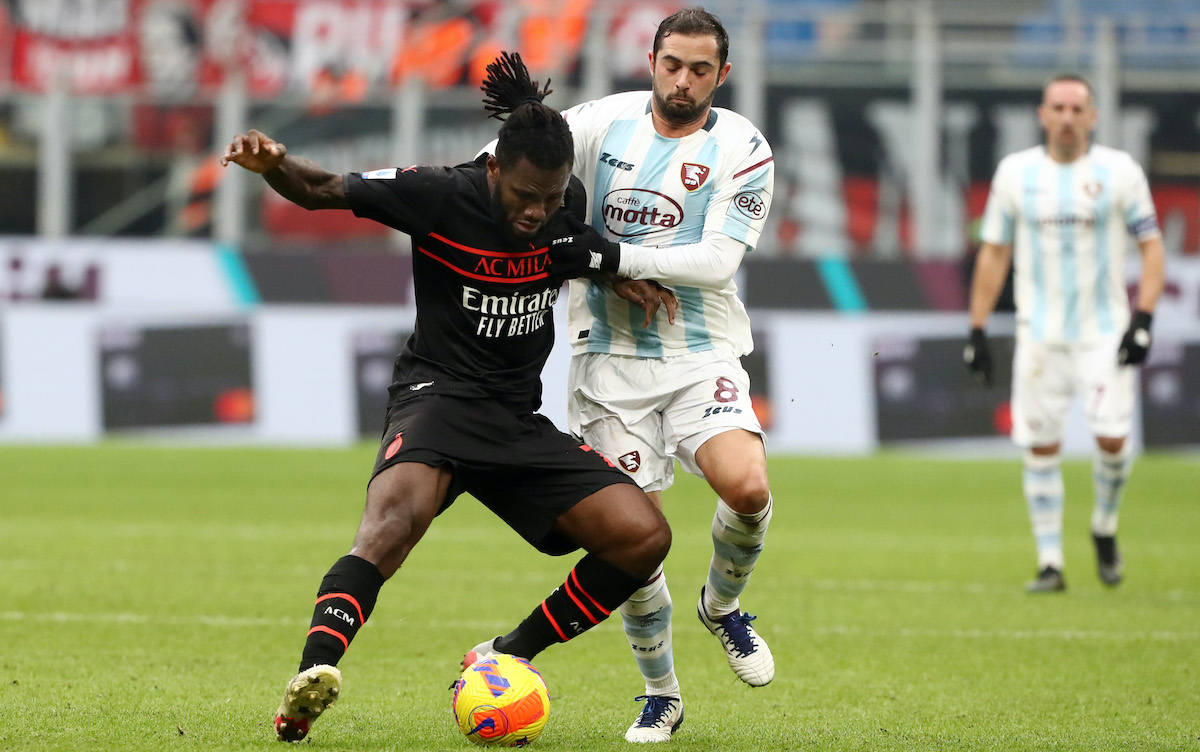 Journalist questions form of ‘unrecognisable’ Kessie: “Sometimes it seems they are playing with 10 men”

Journalist Riccardo Trevisani has hit out at the performances of Franck Kessie this season, claiming AC Milan have almost been playing with 10 men when he is not having a good game.

There is a storm surrounding Kessie currently for two reasons. The first of which is related to his future as the Ivorian has just a few months left on his contract which expires in June 2022 and he appears to be far away from renewing, so transfer links are rife as are the voices of fans and pundits putting pressure on him to decide.

The second issue is related to Kessie’s performances as he has not yet hit the same levels consistently he reached last season when he established himself as one of the best defensive midfielders in the league, if not the best.

Riccardo Trevisani – the well-known Mediaset journalist – has had his say on Kessie and certainly pulled no punches on how his performances have not lived up to expectations nor his demands.

“Last year Kessie had a fantastic season, it seemed that Milan were playing with one more man. This year sometimes it seems they are playing with 10 men with the Ivorian on the pitch who is unrecognisable,” he said (via MilanLive).

“In fact, he is spinning like a normal player. And he has never been a normal player. The contract? He is not doing well, as well as Insigne at Napoli. Apart from Vlahovic, none of those who have a problem with the renewal are doing well.”

READ MORE: Leao likely to be out until the new year – only Giroud will return against Napoli