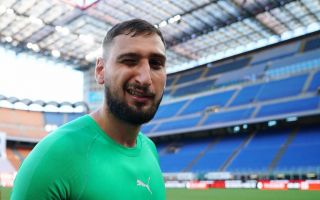 Tuttosport: A matter of €12m – Milan secure Donnarumma’s replacement as his silence continues

AC Milan have secured an agreement over the signing of Gianluigi Donnarumma’s replacement as his renewal saga continues to drag on, a report claims.

As Tuttosport writes (via MilanNews), the Rossoneri are standing firm having offered a salary of €8m net per season, while the agent of the goalkeeper – Mino Raiola – is asking for €12m. The situation is therefore at a stalemate and for this reason Milan – who do not want to be caught unprepared in case Gigio leaves – have blocked Mike Maignan of Lille.

Milan are ready to pay €12m to the French club for Maignan plus bonuses, while for the player there is a five-year contract of €3m net per season on the table, therefore a total commitment of €27m or €37.5m when factoring in gross.

The priority remains the renewal of Donnarumma, however he has not yet responded to the offer on the table and the feeling is that a lot will depend on reaching the Champions League, which could unlock the whole situation.

READ MORE: Pioli’s position at risk if Milan’s collapse continues and top four is not reached