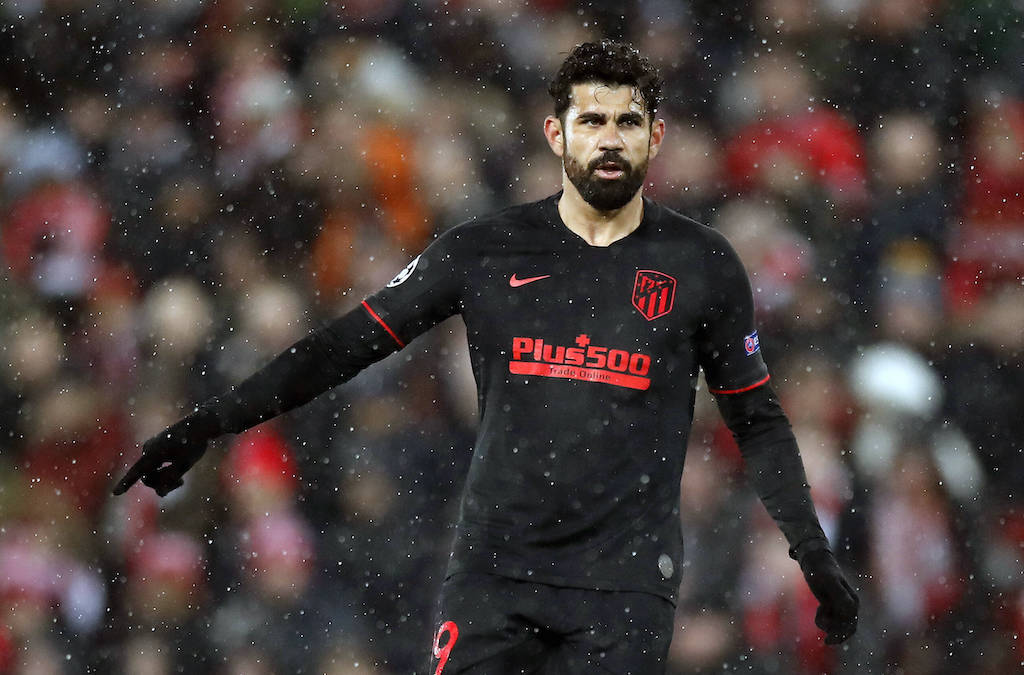 Agent Jorge Mendes is reportedly pushing for a move to AC Milan for his client, the Atletico Madrid striker Diego Costa.

Juan Gato, a journalist for Spanish radio station Cadena COPE, published a message on Twitter on Monday about the future of Diego Costa claiming that the former Chelsea man has confessed to his closest friends – after being eliminated in the Champions League against RB Leipzig – that his next destination will be Milano.

According to Tuttosport on Tuesday (via MilanNews), Diego Costa is indeed ready to leave Atletico Madrid and the player has confided to friends that his future is in Milano.

It is hard to imagine a return to working under Antonio Conte at Inter due to the fact the pair fell out at Chelsea and that is why – the paper claims – his agent Jorge Mendes is thinking more about Milan.

It has been speculated that a deputy to Zlatan Ibrahimovic could arrive, but it was expected to be a young striker and not a 31-year-old with five league goals in 30 appearances last season.