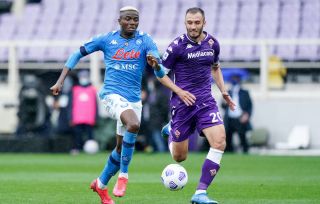 Tuttosport: Agent of Fiorentina defender due in Milano – reports of Rossoneri’s interest rekindled

Rumours that Fiorentina defender German Pezzella could end up at Milan have been rekindled by the activity of his agent, a report claims.

This morning’s edition of the newspaper Tuttosport (via PianetaMilan) explains how Pezzella – the captain of Fiorentina – could well be sold in the next summer transfer market because his contract will expire on 30 June 2022 and he will not extend his deal, having informed Rocco Commisso.

His agent, Martín Guastadisegno, was in Florence yesterday for talks. Today, however, Pezzella’s representative will be in Milan and this has sparked rumours that the Rossoneri could be after the 29-year-old given the previous links.

Not only that, but the former Real Betis and River Plate centre-back is a player that Stefano Pioli has coached before during his time with La Viola, so if there is a need to plug gaps in the squad with experience then it could be that he pushes for such a solution.