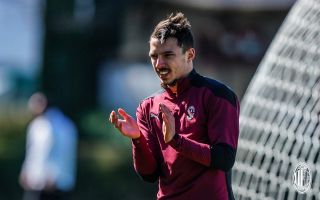 Tuttosport: Bennacer out for redemption after a complicated season with injuries

One of the stand-outs from Saturday’s 6-0 win over Pro Sesto to begin the preseason campaign was midfielder Ismael Bennacer.

Milan’s first goal was scored by the Algerian, and he will be hoping that it is a sign things have begun to turn in his favour after a season heavily conditioned by physical problems. After a first season with Milan that was more than positive, the 2020-21 campaign was supposed to be even better, but he made just 21 appearances.

This morning’s edition of Tuttosport (via MilanNews) writes that Bennacer hopes to have a less complicated season with injuries as he wishes to have starring role again in the middle of the field together with Franck Kessie. With the Ivorian, the ex-Empoli star formed one of the best double pivots not only in Italy, but in Europe.

The Africa Cup of Nations at the beginning of 2022 could put Stefano Pioli in difficulty as he will be without Bennacer and Kessie Milan-Roma on 6 January until the derby on 6 February. For the moment, however, Bennacer does not think about it and is focused only on summer preparation.