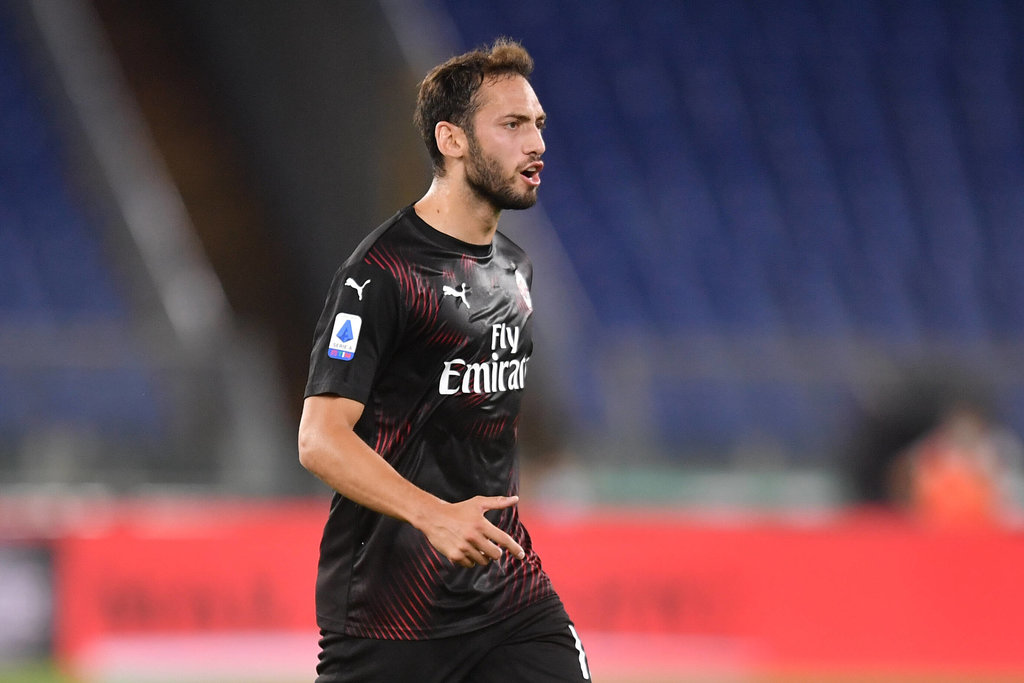 Tuttosport: Calhanoglu could miss Juve vs. Milan due to knock – the latest on his condition

After just 37 minutes of play, Stefano Pioli was forced to replace Hakan Calhanoglu with Lucas Paqueta. The Turk, who scored Milan’s first goal, suffered from a knock to his calf and thus couldn’t carry on.

In his post-match interview, as cited by Football Italia, Calhanoglu reassured everyone by confirming that it was only a bruise. However, the pain is strong and therefore, Milan face an anxious wait to evaluate his condition.

According to today’s edition of Tuttosport (via Milanlive.it), it isn’t a serious injury but the No.10’s presence against Juventus is in doubt. It will be played on Tuesday, just 72 hours after the Lazio game so the time to recover is indeed tight.

It’s possible that he will miss the game entirely, alternatively start on the bench. In this case, Pioli will probably field Ante Rebic on the left-wing while confirming Zlatan Ibrahimovic as the centre-forward. There are quality replacements, in other words.