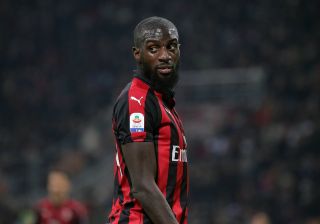 Milan still have many positions left to reinforce and one of them is the centre-midfield, as Soualiho Meite has returned to Torino. They have set their sights on one of their former players, according to a report.

According to today’s edition of Tuttosport, as cited by MilanLive, the Rossoneri are seriously thinking about bringing back Tiemoue Bakayoko. They are seemingly willing to make a deal with Chelsea, even on a permanent basis.

The midfielder’s contract will expire in 2022 and Milan will be looking to exploit it. In addition to the contractual situation, Bakayoko isn’t considered an important player in the squad and the transfer fee thus most likely wouldn’t be hefty.

However, Chelsea could change the balance of the situation by activating a one-year renewal clause, just like they did with Olivier Giroud. This could prevent them from losing the 26-year-old for a very low figure, perhaps causing problems for Milan.