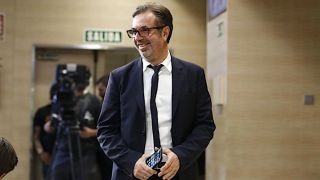 Tuttosport: Contacts with Ramadani continue after Rebic – a surprise signing cannot be ruled out

AC Milan have maintained dialogues with agent Fali Ramadani which is an almost certain indication that something is in the works, a report claims.

The Rossoneri held talks with the Macedonian agent over the past few weeks to complete the permanent transfer of Ante Rebic from Eintracht Frankfurt, but that was announced last Saturday night and Tuttosport (via MilanLive) claim that dialogues have continued.

The paper adds that the best known names are those of Fiorentina duo Nikola Milenkovic and Federico Chiesa, for whom Fiorentina has set very high prices.

Ramadani has excellent relations with La Viola however that might not be enough to lower the amount that their president Rocco Commisso is demanding for two of his prized young assets.

Another Fiorentina player the Rossoneri like is centre-back German Pezzella, not represented by Ramadani but considered an alternative to Milenkovic, and a player who would cost €15-18m.

It should not be ruled out that unexpected deals may emerge from contacts with Ramadani. Nor would it be too surprising if a footballer never linked to Milan all of a sudden joined.