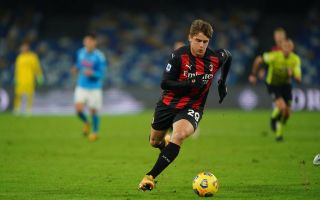 Tuttosport: Crotone in pole position as Milan prepare to send youngster on loan

Having signed three players this transfer window, Milan will now focus on offloading a few players. In addition to sales, the Rossoneri could also send some of their youngsters out on loan adventures.

Lorenzo Colombo is one of the players that could leave to get more playing time. The striker has played just 91 minutes in the league this season (four appearances) and a loan move could thus do him a lot of good.

According to Tuttosport, as cited by MilanNews.it, Milan are willing to send him out on loan after the arrival of Mario Mandzukic. Crotone are believed to be in pole position and that would mean valuable Serie A experience for the 18-year-old.

As Gianluca Di Marzio two days ago  (via MilanNews.it), Serie B sides Brescia and Cremonese are also keeping tabs on Colombo, willing to sign him on loan. It remains to be seen where the youngster will end up in the end.