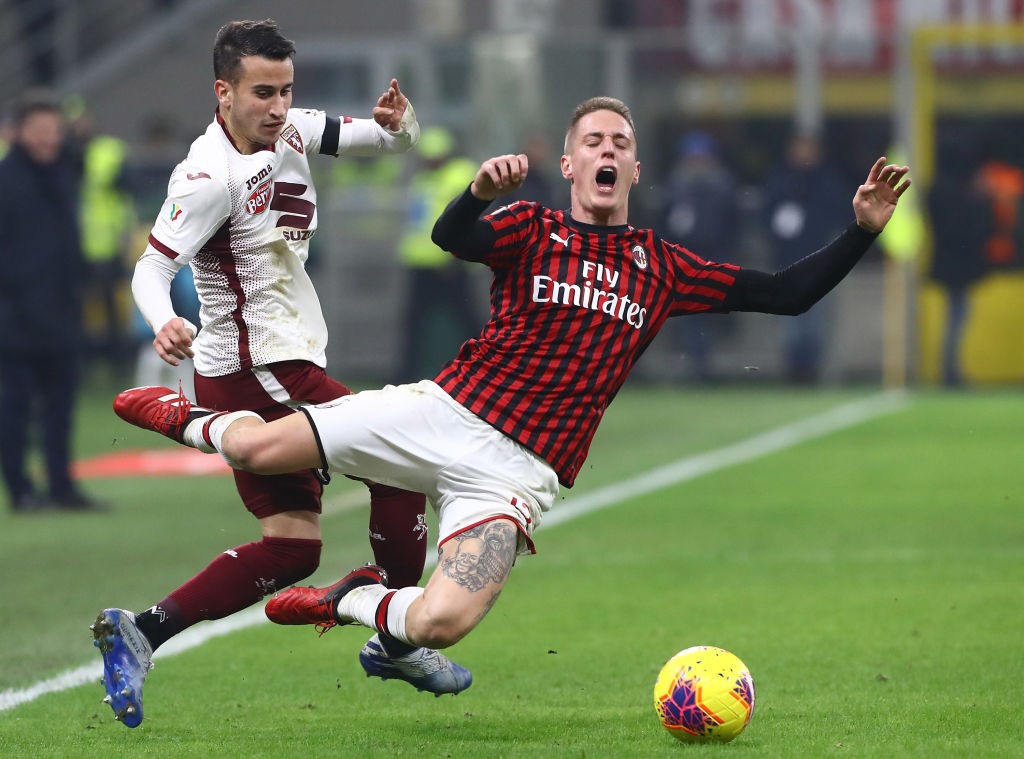 Tuttosport: Duo on the market as Milan eye summer reinforcement in problem area

AC Milan are prepared to let one of Davide Calabria and Andrea Conti leave this summer with both having failed to impress, a report claims.

Milan have not had consistency on the right side of their defence all season with Calabria and Conti both struggling to nail down a starting spot due to a combination of injuries, suspensions and general poor form.

According to Tuttosport (via MilanNews), Milan are looking for reinforcement for the right-back position due to the fact both of the aforementioned have failed to convince the club’s hierarchy that they are worth continuing with.

The newspaper claims that one of the two could leave Milan this summer to try their luck elsewhere, with Conti’s departure easier to imagine at the moment.

Meanwhile, other reports in the media continue to link Milan with a move for Barcelona-owned right-back Emerson, suggesting the club already have certain potential reinforcements identified.