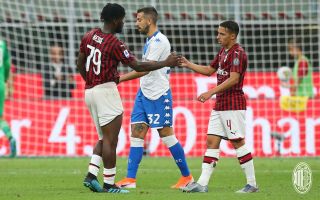 AC Milan are all set for a revolution in midfield this summer with a key target identified and only three players safe at the club, a report claims.

According to Tuttosport (via MilanLive), the future of every midfielder in Milan’s current squad is up in the air apart from apart from Ismael Bennacer, Hakan Calhanoglu and most likely also Rade Krunic.

Lucas Biglia and Giacomo Bonaventura – both of whom are on expiring contracts – do not have a possibility of staying with the Rossoneri, with the Argentine having admirers in Spain while Torino press for the latter.

Frank Kessie has been on the market for at least three windows and could still bring precious cash into the club’s coffers. A valuation of €25million is set, but the future of the Ivorian also has a lot to do with the new head coach who may wish to keep him.

Lucas Paquetá – one of the most expensive purchase of the Elliott Management era – has so far been disappointing and could well be allowed to leave should an offer of €30m arrive, amid links with Benfica and Paris Saint-Germain over the past few weeks.

Meanwhile, the same paper (via MilanNews) claims that Sandro Tonali is the name top of CEO Ivan Gazidis’ wish list, with the possibility of counterparts like Alessandro Plizzari being included to get a deal over the line.