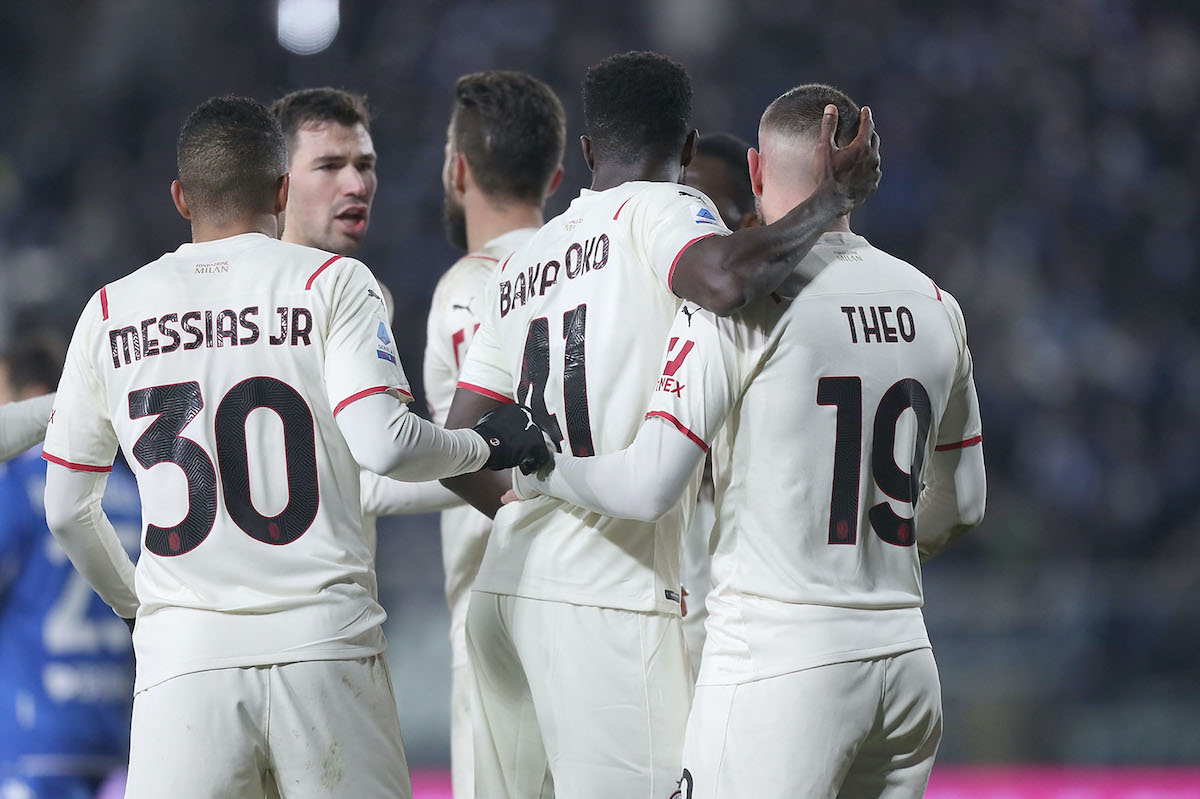 AC Milan’s players drew collective praise from Tuttosport for their performance during last night’s win at Empoli to close out the year.

Franck Kessie’s first half double had Milan 2-1 up at the break and then a free-kick from Alessandro Florenzi opened up a two-goal lead while Theo Hernandez made it 4-1 before a late consolation from Pinamonti.

Tuttosport (via MilanNews) reports how Kessie was the best player on the field for Milan as he got a 7.5 and ‘confirmed his quality’. The performance of Alessio Romagnoli was also worthy of a 7 as he looked very solid at the back.

Alessandro Florenzi, Sandro Tonali and Ismael Bennacer all looked in better shape and got a 6.5 for their efforts, while other members of the starting XI such as Theo Hernandez, Alexis Saelemaekers and Olivier Giroud got a 6.

The disappointments came from Junior Messias on the right who got a 5.5, while Fikayo Tomori and Tiemoue Bakayoko got a 5. 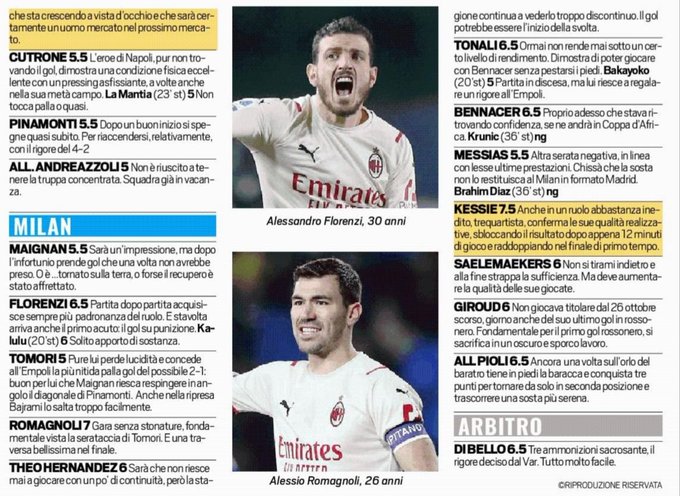