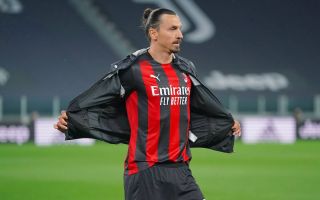 Tuttosport: Eyes of the medical staff fixed on Ibrahimovic – his recovery programme outlined

Optimism is growing that Zlatan Ibrahimovic will be available from the middle of August after his knee operation, a report claims.

However, this morning’s edition of Tuttosport (via MilanNews) the eyes of Milan’s medical staff are mainly focused on Ibrahimovic. According to the schedule of his recovery, the first four weeks of rehabilitation are expected to end on July 18.

From next week onwards the second phase will begin if the tests give positive results and once the approval is gained, the 39-year-old will start running and working on the field again, with ball work being gradually introduced over time.

READ MORE: Milan set to have two big absentees for Roma, Juventus and Inter games – a midfielder is needed