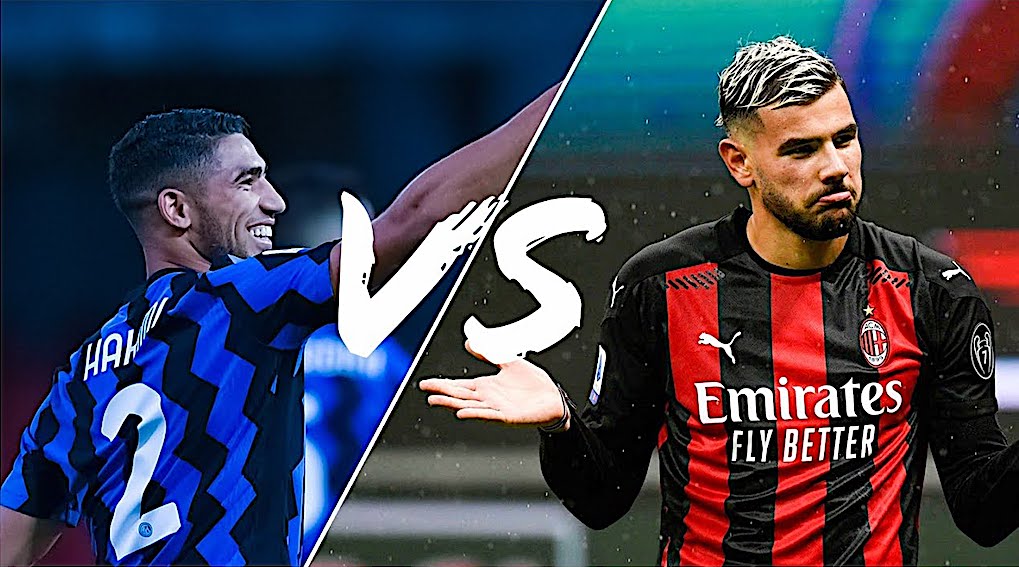 One of the most intriguing individual battles of Saturday’s Derby della Madonnina will be down Milan’s left side as Achraf Hakimi and Theo Hernandez do battle.

As Wednesday’s edition of Tuttosport reports (via MilanNews), there will be a fascinating sub-plot involving two players that Real Madrid were ultimately happy to let go of. Theo joined Milan last summer and the Frenchman has established himself as one of the best full-backs in the league, while the Moroccan joined city rivals Inter after an impressive season on loan at Borussia Dortmund.

Both are known for pushing forward and causing havoc down their respective flanks, but with that in mind it could also be a brilliant defensive battle to watch as they look to neutralise each other.

In July, when Inter made Hakimi’s arrival official, Theo welcomed him with this message on social media: “See you soon in Serie A and in future derbies.”

The moment to face each other as opponents is getting closer and closer, and Real Madrid will no doubt have an eye on proceedings wondering if they have made a big mistake.