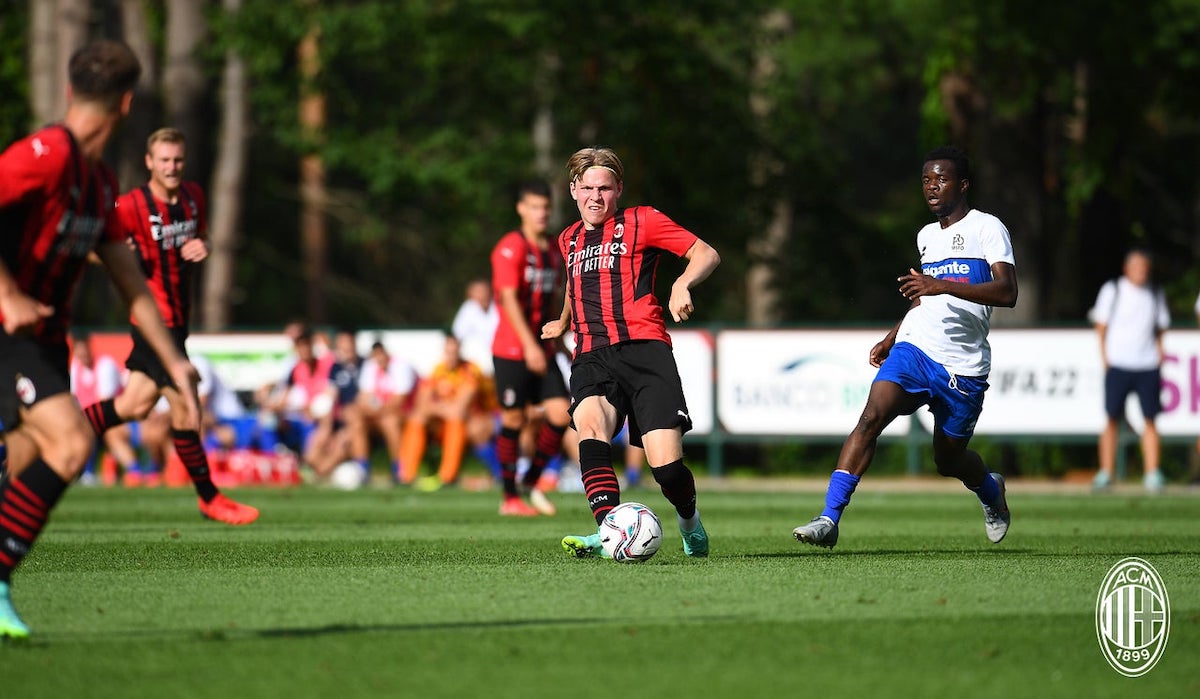 Newspaper Tuttosport have praised a number of AC Milan players for their performances during Saturday’s 6-0 friendly win against Pro Sesto.

The Rossoneri got their preseason campaign off to a flying start as goals from Ismael Bennacer, Rafael Leao, Samu Castillejo, an own-goal and a late brace from Milos Kerkez saw the Serie C side off emphatically at Milanello.

Tuttosport (via MilanNews) lists the Milan players who distinguished themselves in yesterday’s friendly win, starting by remarking that there was a good performance from Theo Hernandez who looked to be ‘already in league form’ as well as Matteo Gabbia in his unfamiliar right-back role.

Bennacer was praised as the Algerian scored the first goal for the Rossoneri, Samu Castillejo received praise for his goal too and the very young Kerkez impressed in the final stages.

There were also some players picked out for their poor performances, such as Sandro Tonali (a bit lazy, writes the Turin newspaper), Rade Krunic (deployed on the left wing), Daniel Maldini (physically still too light) and Jens Petter Hauge (hit the post but did little else).

READ MORE: Milan’s deputy to Theo Hernandez arrives in deal that could reach €4.7m – the details