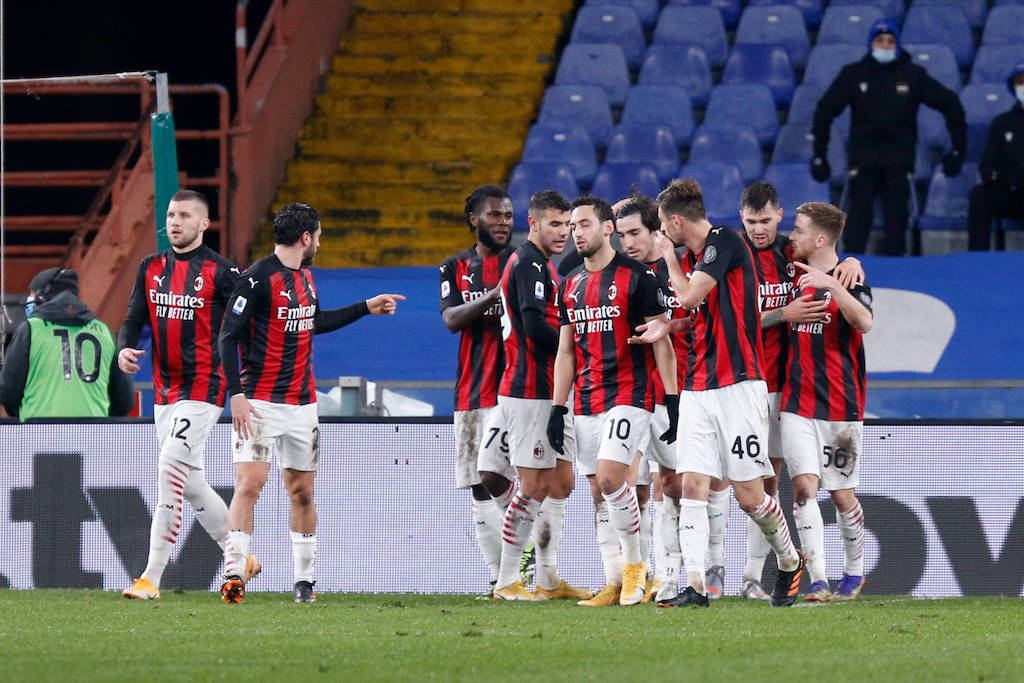 Tuttosport: Four key absentees do not slow Milan down – a win with suffering vs. Sampdoria

Pundits and fans of opposing teams who have backed AC Milan’s good form to end soon were left waiting once again after Sunday’s 2-1 win over Sampdoria.

Milan racked up their eighth win in the opening 10 rounds of Serie A action, which allows the Rossoneri to remain first in the standings with five points clear of the second, which is Inter.

As Tuttosport reports (via MilanNews), Milan had to do without four very important players, namely Kjaer in defense, Bennacer in midfield and Leao and Ibrahimovic in attack. Despite these heavy absences, Milan fought and took home another three precious points.

Head coach Stefano Pioli is hoping to have the Algerian midfielder and the two forwards back, while some patience will still be needed for Kjaer.

After the final whistle, Pioli gathered the whole team in the middle of the field to congratulate them, and it was well deserved. Despite the fatigue from playing in Europe and the injury absences, Milan continued their almost perfect path in the league.