AC Milan took part in their final friendly clash of the pre-season last night and beat Panathinaikos by two goals to one. Several players impressed, including Olivier Giroud who scored a brace in the first half.

Today’s edition of Tuttosport (see below) analysed the performances of the Rossoneri players and highlighted four players that did well. The first was Davide Calabria, who wore the captain’s armband and got himself a lovely assist for Giroud.

The second was Fikayo Tomori, who just like Calabria got an assist for the Frenchman up front. The former Chelsea man, albeit against a somewhat weak opponent, was calm in possession and also did everything right in the defensive phase.

Ante Rebic also impressed in the forward duo, playing alongside Giroud in what was a 4-4-2 formation. The Croatian had some good plays with his teammates and also nearly got on the scoresheet, which was the only thing missing for him.

And of course, finally, Giroud was the big star for the Rossoneri as he secured the win with his two goals. It’s clear that he will be an important player for the team. 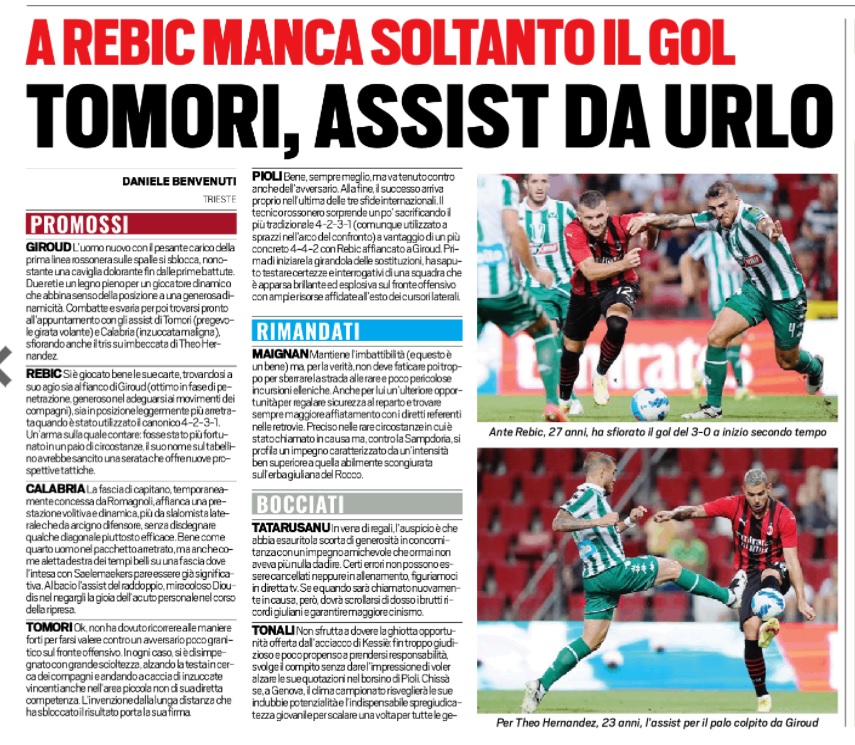 READ MORE: Milan down to details as decisive attempt for Bordeaux youngster is prepared