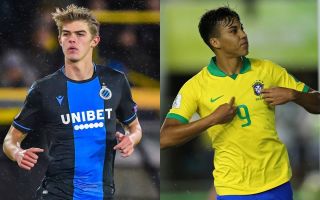 Tuttosport: From Kaio Jorge to De Ketelaere – the youngsters Milan are monitoring

Having secured the arrival of Sandro Tonali, while Brahim Diaz is just details away from returning, Milan could continue to focus on young players. Several promising names are on their radar, a report claims.

According to today’s edition of Tuttosport, as cited by MilanNews, the Rossoneri are always keeping tabs on interesting prospects around the world. The likes of Kai Jorge, Mohamed Daramy and Warren Bondo are on their radar, for example.

The player that intrigues the most, however, is Charles De Ketelaere. The 20-year-old is owned by Club Brugge and Milan are following him with great interest. However, the competition is expected to be fierce for the player.

In short, while they are expected to bring in Olivier Giroud, Milan haven’t forgotten about the core of the project, which is to build for the future. Therefore, we shouldn’t be surprised to see a few youngsters arriving this summer.