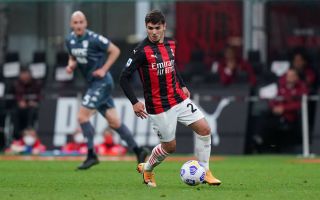 AC Milan want to keep Brahim Diaz beyond the end of his loan but Real Madrid already have a plan regarding the playmaker, a report claims.

According to Tuttosport (via MilanLive), Real Madrid intend to bring Diaz home and evaluate him during preseason, regardless of who is the head coach. Subsequently, they will then decide whether to keep the former Malaga man or sell him, potentially on another loan.

The paper adds an interesting note regarding the background on his exit too. They write that one of his agents ripped some sort of verbal pact from Real Madrid last year, at the time of his transfer to Milan. Intermediary Edoardo Crnjar – who collaborates with Diaz’s father – achieved a promise from Real’s management to discuss the future of the 21-year-old at the end of the season.

By the end of May, Milan will sit down at the negotiating table and try to keep Brahim for another season at least. Pioli appreciated Brahim Diaz’s talent and qualities in the role of deputy to Calhanoglu, while they player has hinted that he has settled in positively. The ideal would be a renewal of his loan, perhaps with an option to buy included.