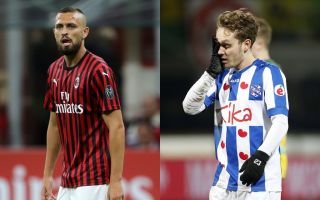 In addition to reinforcing the squad, Milan also want to get rid off the redundancies. After all, there is no use having them on the wage bill, especially since Ivan Gazidis is keen on lowering the wage expenses.

As highlighted by Tuttosport this morning (via MilanNews.it), the future of two players is very uncertain, starting with Leo Duarte. The defender arrived from Flamengo last year for a fee of €11m, but has failed to impress thus far.

Yesterday, his agent Alessandro Lucci showed up at Casa Milan to take stock of the situation. Per the newspaper, the first training sessions of the new season will be important to understand if the defender can fit in.

In addition to the Brazilian, the future of Alen Halilovic is yet to be written. The Croatian winger spent last season on loan at Heerenveen and has now returned. However, he is destined to leave the Rossoneri once again, although the destination is unknown.