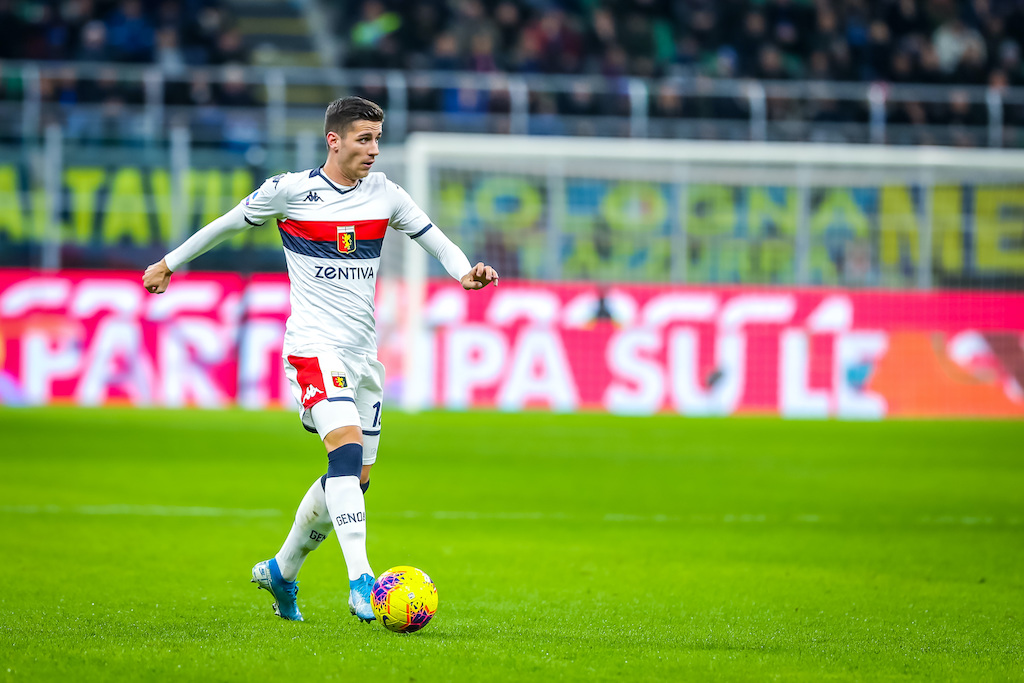 Tuttosport: Genoa star holding out for a move to AC Milan after previous links

Genoa defender Paolo Ghiglione is hoping for a call from AC Milan this summer regarding a move, according to a report.

Pierre Kalulu is already set to join from Lyon on a five-year deal, but there has been a lot of speculation that the Rossoneri are still after a new starter, someone more ready to be thrown in at the deep end in Serie A.

A player that has been constantly linked is Ghiglione of Genoa, a player who has one goal and five assists in 24 appearances across all competitions in a side battling relegation.

According to Friday’s edition of Tuttosport (via Calciomercato.com), the Grifone are dealing with a number of different situations and have started by renewing the deals of Federico Marchetti, Goran Pandev and Valon Behrami.

Soumaoro could join Napoli while Iago Falque, Sanabria, Barreca, Destro, Goldaniga, Romero, Perin and Destro will return to their parent clubs once their loans are up.

Interestingly, the paper then mentions that Ghiglione is looking for a move to Milan this summer, clearly having read the speculation regarding the possibility of a switch to San Siro.