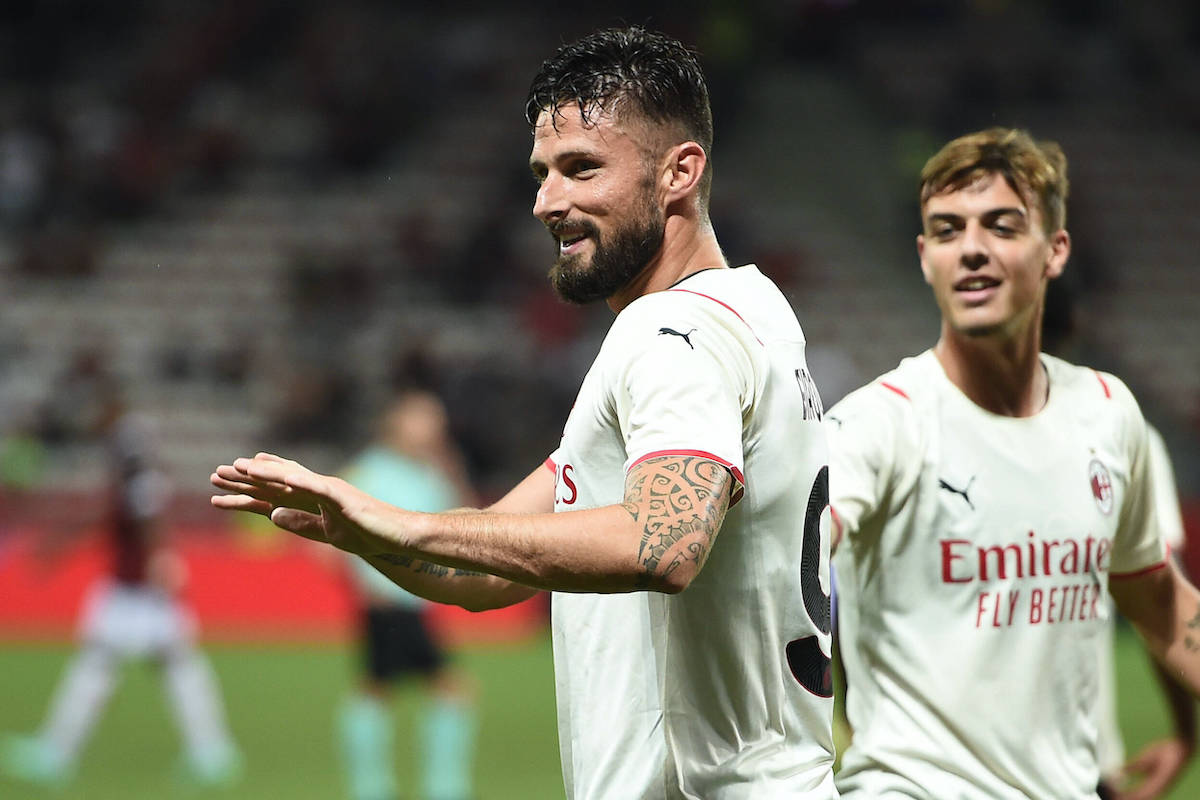 Tuttosport: Giroud and Leao under the microscope for Milan ahead of Valencia friendly

AC Milan will take to the field for their fourth summer friendly tonight and their second meaningful one after Saturday’s draw against OGC Nice.

The Rossoneri will face Valencia in their stadium the Mestalla, a tough opponent and therefore a good one to test the growth of Stefano Pioli’s team just 19 days from the start of their Serie A season. According to the latest from Tuttosport (via MilanNews), it could be a game that sees Olivier Giroud get his first start for the club.

He scored just five minutes after he came on against Nice, and now Pioli seems willing to field Olivier in the starting line-up, so as to further evaluate his condition and help his amalgamation with his team-mates.

In terms of the other choices for the attack, Alexis Saelemaekers should appear on the right flank, Brahim Diaz as the attacking midfielder, while on the left wing it is a battle between Rafael Leao and Ante Rebic. The paper points out that the Portuguese is always under scrutiny because if the right offer arrives, his non-transferable status could also change.

READ MORE: Hauge one step away from completing move to Germany – the amount Milan will get