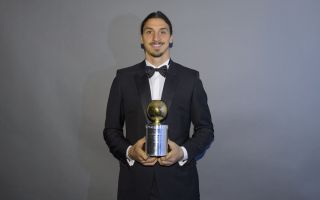 Tuttosport: Ibrahimovic’s participation at Sanremo could be scaled back – the details

Zlatan Ibrahimovic may have his commitments at the upcoming Sanremo Festival reduced, according to a report.

Ibrahimovic will be a guest every night at the festival from 2 to 6 March, as has been in the plans for some time now, and the Rossoneri management are reportedly studying a programme to ensure that he stays in top condition while away.

According to the latest from Tuttosport (via MilanNews), Ibrahimovic’s participation at the festival continues to hold ground at the Rossoneri’s home. For now there are still no certainties, but according to the paper the Swede could physically be on stage only two evenings (the first and last).

On the other evenings he could connect from Milan via video, because it is logistically quite difficult for the Swede to go back and forth to Milanello each day, and there is a game against Udinese in the middle of the Swede’s scheduled programme.