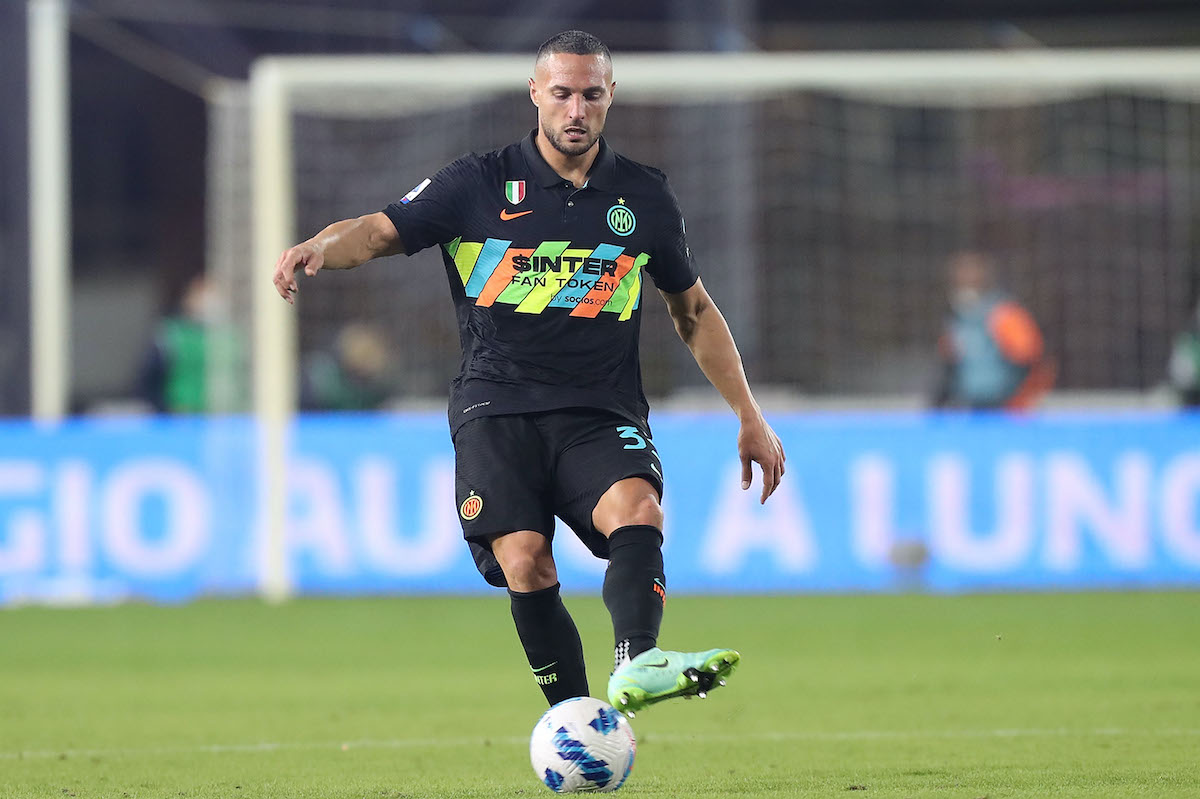 Tuttosport: Inter defender was tempted by Milan’s offer during the summer window

Danilo D’Ambrosio could have done the reverse of Hakan Calhanoglu and swapped blue for red over the summer, a report claims.

According to Tuttosport (via NotizieMilan), Milan considered D’Ambrosio as a concrete target to reinforce the defensive department given his Serie A experience and also his ability to play both as a right-back and also as a left-back if needed, which meant he could have been a direct replacement for Diogo Dalot whose loan expired.

The paper adds that D’Ambrosio seriously thought about saying goodbye to Inter, having received some tempting offers – one from Milan above all and then Roma in July looking for a replacement for Spinazzola.

However, he decided to renew his expiring contract with the Nerazzurri and to remain until at least the end of the current season, penning a new deal until 2022. He scored last night during their 2-0 win over Empoli but seems to be behind Dumfries and Darmian in the pecking order.

READ MORE: Pioli grants squad a day of rest but over half of the team show up at Milanello