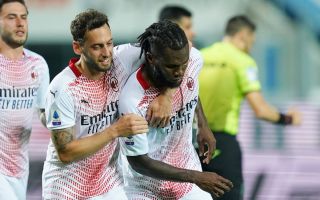 Just as he has done for the vast majority of the season, Franck Kessie took Milan by the hand and fired them to a huge three points.

As Tuttosport writes this morning (via MilanLive), most of the protagonists for the season have each had some moments of physiological decline, but Kessie is the exception and is the undisputed symbol of the Rossoneri’s return to the Champions League.

The Ivorian midfielder has practically never missed a match and that extends to yesterday’s match against his old team Atalanta, in which he scored twice from the penalty spot to earn Milan a 2-0 win and a top four spot. Kessie provided another game as an absolute top level player and with his brace he closed the season with 13 goals scored, a personal best in Serie A for him.

Milan have to try to secure him as soon as possible as his contract with the Rossoneri will expire in 2022, but the management are already working to find an agreement on the extension with negotiations underway.