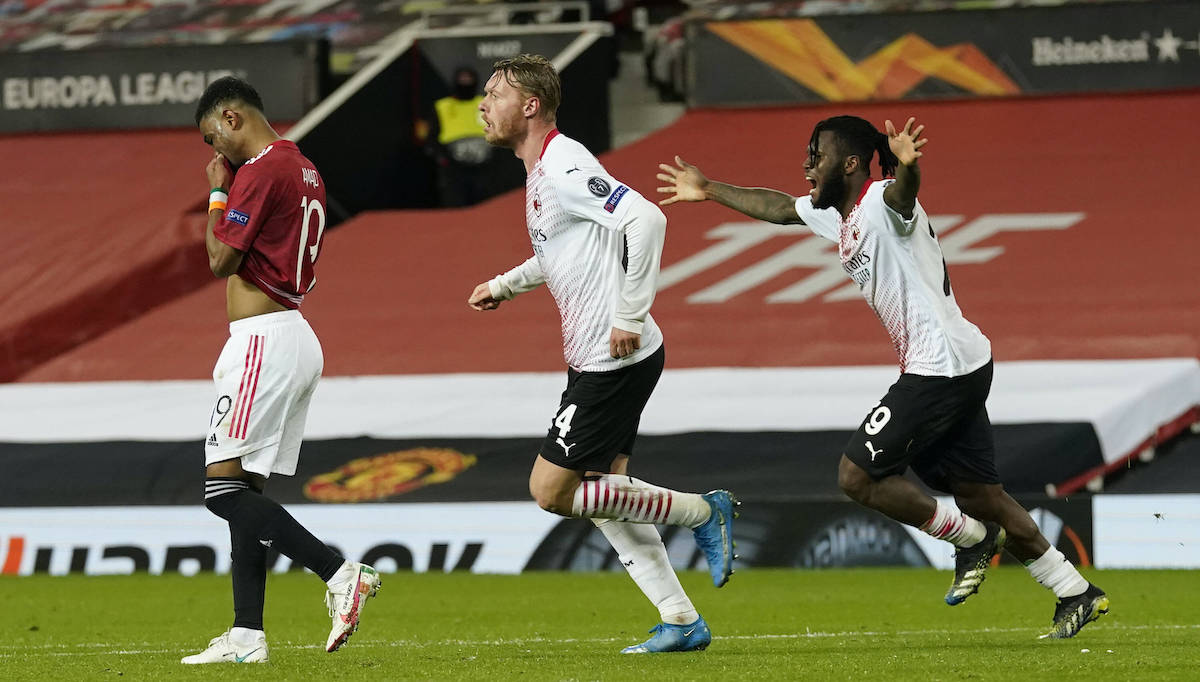 Tuttosport: Kjaer’s heroics secure Milan a golden draw vs. Man Utd but also with some regrets

Simon Kjaer was the hero for AC Milan as he rose at the near post to head home a 92nd-minute equaliser for the Rossoneri against Manchester United.

As Tuttosport writes this morning (via MilanNews), a defeat would have been really unfair based on what we saw on the field at Old Trafford, but luckily the Dane’s late goal means that Milan leave England with a gold draw for the return leg next Thursday at San Siro. The 1-1 was more than deserved for the Rossoneri who actually left the field with some regrets as they dominated for long phases of the match.

As the paper notes, Pioli can only be satisfied with the performance of his players and he said after the game that he was very much proud of the shift that the players put in.

“My players played a great game, the team was able to lead the game and suffer. Such a performance is important and will give further confidence. to our players. From the day of the draw I thought Manchester United were the right opponent,” he said.

“These are the games that make you grow, that make you question. It was a great performance, but the turn is everything from earn, the opponent is strong and fast. To eliminate an opponent like that, another level match will be needed.”

Not only that, but Pioli went on to describe his squad as an ‘exceptional group, from a technical, professional and human point of view’ and that the players ‘gave their soul’ for the cause. He too admitted that there are some regrets though, as missed chances mean that it could have been an even better result.