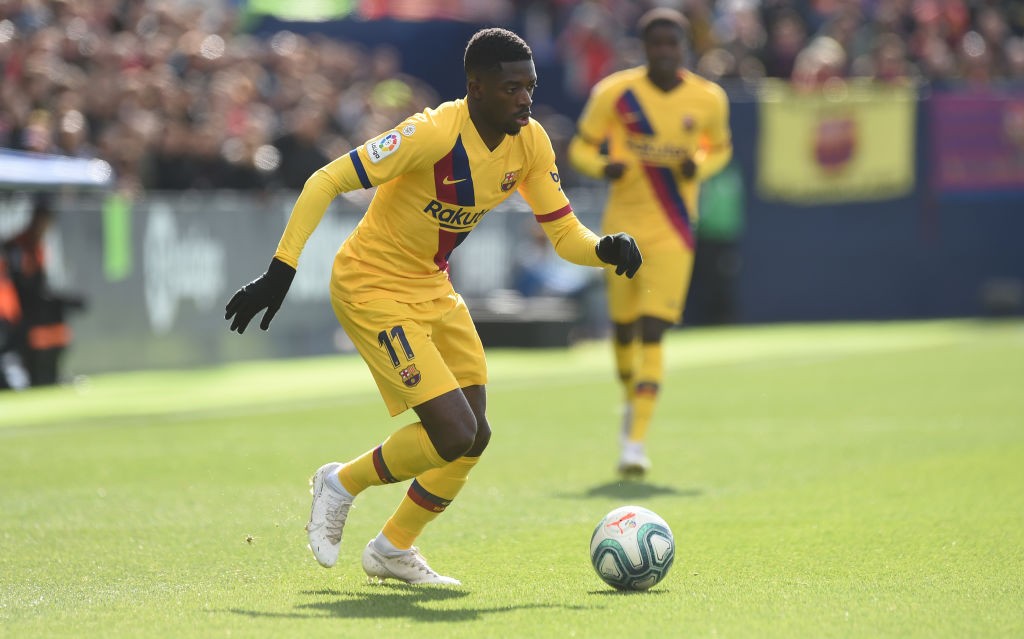 AC Milan are interested in January moves for two Barcelona players after Paolo Maldini held talks with the LaLiga club, a report claims.

Monday’s edition of Catalan outlet Sport Maldini held a meeting with Barcelona directors Eric Abidal and Ramon Planes on Friday in Milano, with a deal for defender Jean-Clair Todibo discussed.

SportMediaset (via MilanNews.it) then reported that Milan held fresh talks with Barcelona on Tuesday regarding the 19-year-old, with Barca playing in Milano against Inter in the Champions League, and that an €8m bid was placed.

According to Thursday’s edition of Tuttosport – as cited by MilanNews.it – the Rossoneri are also following other tracks regardless of Zlatan Ibrahimovic’s potential arrival.

The paper goes on to add that Maldini asked for information on Todibo but also winger Ousmane Dembele.

The Frenchman has not been a regular under Ernesto Valverde this season, making nine appearances in all competitions and scoring once.

Barcelona paid €105m plus a possible €40m in add-ons to sign the 22-year-old from Borussia Dortmund (via Wikipedia), but he has had a turbulent time at the Nou Camp since his arrival.