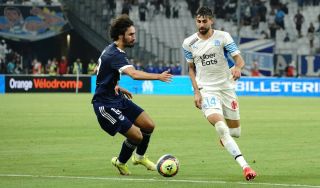 AC Milan have found an agreement in principle with Bordeaux over the signing of midfielder Yacine Adli, according to a report.

It is the start of what could be a very hot week for the Milan transfer market as the Rossoneri are working at several negotiating tables to complete the squad available to Stefano Pioli, and one of the areas targeted is the midfield department.

As stated by Tuttosport (via MilanLive), in the past few hours Paolo Maldini and Ricky Massara have found an agreement for Yacine Adli and are expected to close a deal imminently. The 21-year-old is expected to land in Italy during the next few days, such is the advanced nature of the negotiations.

After days of long-distance negotiations, the management have won the Ligue 1 club over with an offer close to €10m, but it is still unclear whether that includes bonuses or whether it is a fixed cash proposal.

Adli should soon carry out the usual medical examinations before his official signing with Milan, and it seems it cannot be ruled out that he’s available for the first game of the season on Monday night.