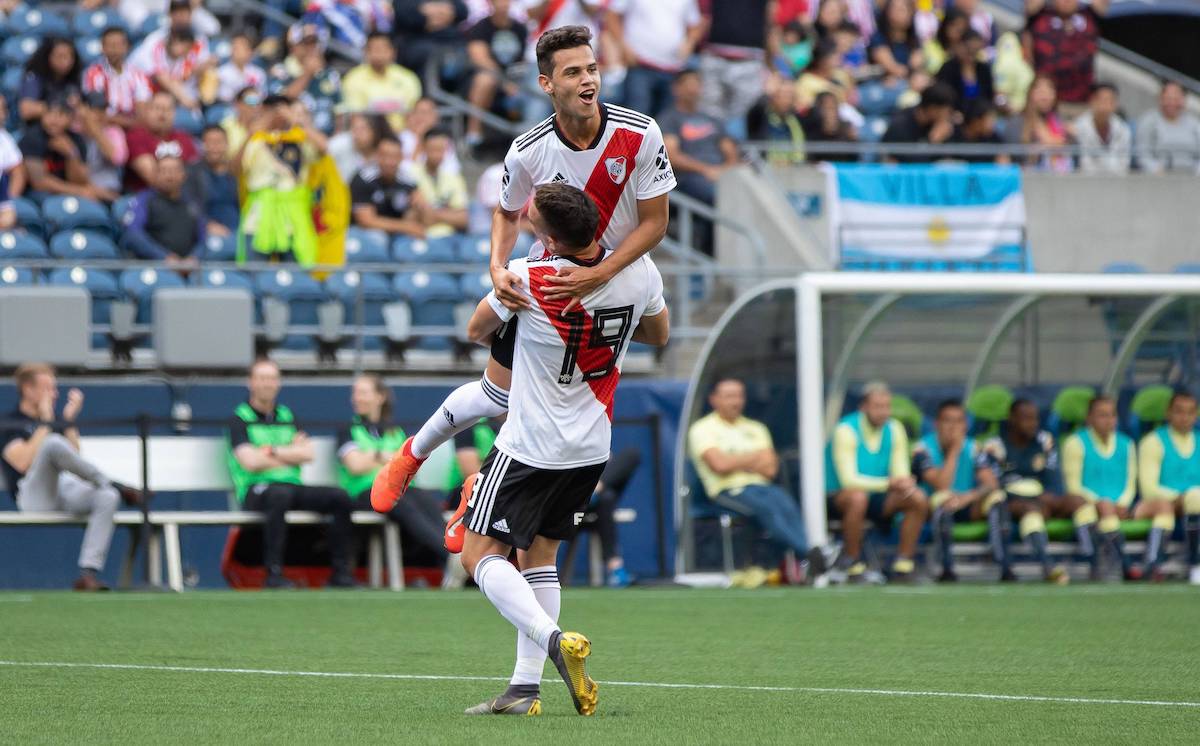 Tuttosport: Milan and Aston Villa to do battle for River Plate forward with €25m clause

AC Milan are in the running to sign River Plate forward Julian Alvarez but face competition from abroad, a report claims.

Alvarez is just 20 years of age but was able to collect a Copa America winner’s medal after being part of the Argentina squad that beat Brazil in Saturday’s final. The forward already has 69 appearances for River Plate, making his debut in the Copa Libertadores final against Boca Juniors in 2018.

This morning’s edition of Tuttosport (via MilanNews) confirms that Milan have set their sights on Julian Alvarez, who has a contract with River Plate until 31 December 2022. There are several clubs keen on him, in particular Aston Villa who are currently on pole to land him.

The Argentine has a release clause of €25m but given his contract situation it cannot be excluded that he leaves for less this summer, allowing Los Millonarios to cash in and avoid the risk of losing such a talent for nothing.

READ MORE: Milan send 21-year-old striker out on loan for the third season in a row