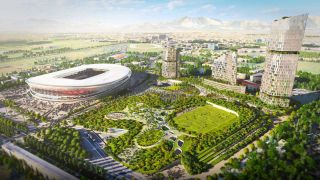 Tuttosport: Milan and Inter to present new stadium plans to Council this week – the latest

AC Milan and Inter will present their new refined plan for the ‘Nuovo San Siro’ project to the City Council some time this week, a report claims.

It was recently reported by Calcio e Finanza that the two clubs are accelerating their plans to try and finalise everything regarding the ‘new San Siro’ and are ready to resume talks after a few months in which they have worked to alter their plans to satisfy the Council.

Now, Tuesday’s edition of the newspaper Tuttosport (via MilanNews) is reporting that the Rossoneri and the Nerazzurri will present the new plan for the stadium to the Council with the necessary changes requested between today and Friday.

This is expected to be a significant step, as it is moving towards final approval especially given that it will likely accompanied by the choice of the architectural firm that won the competition between Populous (the Cathedral) and Sportium (the Rings of Milan).

It is becoming likely though that the next council will take care of the final part with official approval once the elections are over.