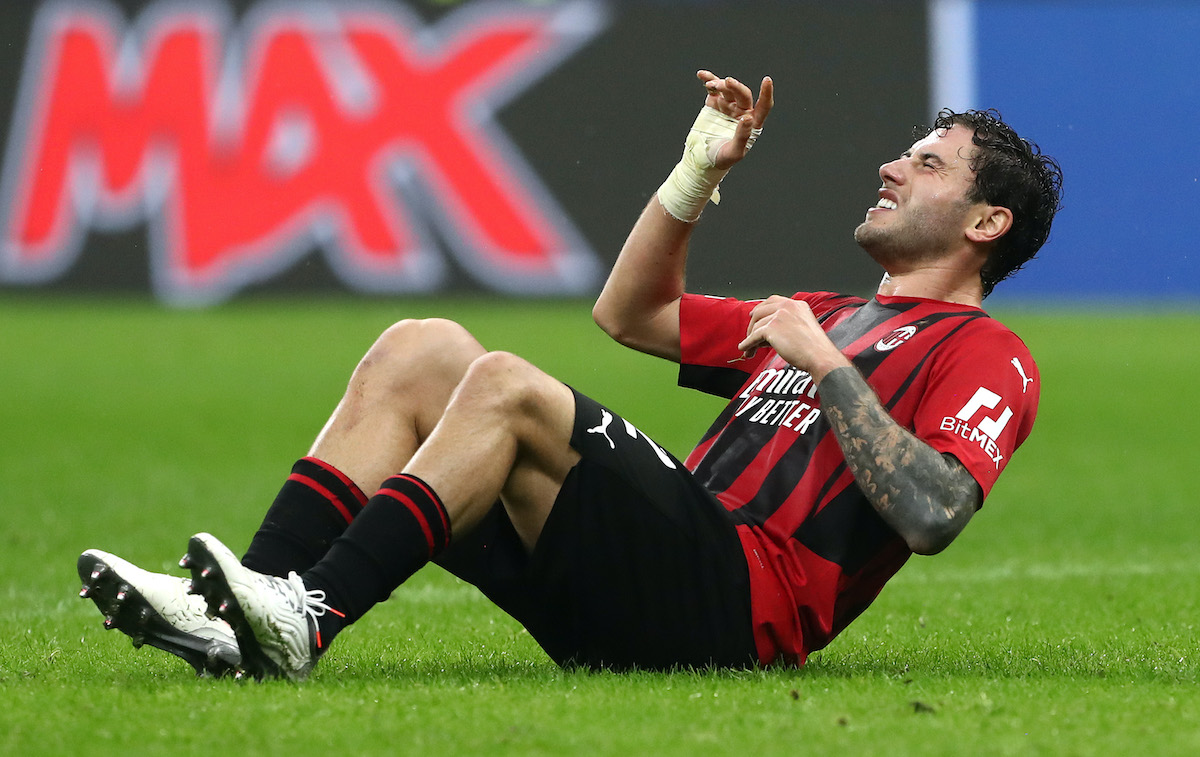 Davide Calabria was called up to the Italian national team for this international break but it didn’t exactly go to plan for him. Just like the last break, he got injured and has now returned to Milanello.

The first tests, carried out by the medical staff of Italy, revealed a calf injury and the right-back was thus sent home. He played just ten minutes against Switzerland, coming off the bench, so he has not had any luck.

In the coming hours, Calabria will undergo further tests at Milanello to determine the extent of the injury, as per Tuttosport (via MilanNews). Milan, of course, are apprehensive and are hoping that it isn’t anything serious.

They will take on Fiorentina next weekend and they will want to have their vice-captain available for the game. Should he miss out, then Pierre Kalulu is the man who will replace him on the right-hand side of the defence.

READ MORE: Kessie and Milan remain ‘far away’ – Faivre is on their radar