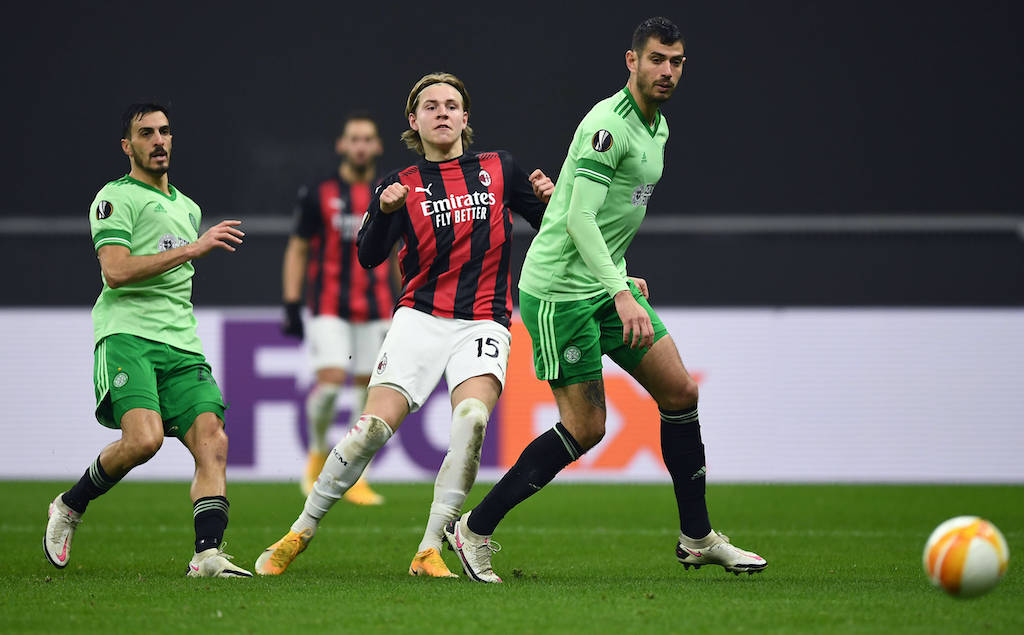 Tuttosport: Milan are enjoying their new Viking Hauge – a €5m signing with a big impact

Jens Petter Hauge was one of the protagonists of yesterday’s comeback against Celtic last night, which allowed Milan to mathematically qualify for the round of 32 of the Europa League with one round to spare.

As Tuttosport reports this morning (via MilanNews), the Norwegian winger rose to the occasion in the second half, scoring with a magnificent solo run in which he danced past three opponents and put the ball past the goalkeeper with a precise right-footed shot from inside the penalty area.

It was a goal from Hauge that would have made all the fans at San Siro jump on their feet if it had not been played behind closed doors, but even from home Milan supporters are enjoying their new Viking,

The paper notes how Hauge also made a number of other beautiful plays both in the defensive and in the attacking phase, such as the assist to Brahim Diaz to make it 4-2 and the two incredible recoveries he made inside Milan’s third to win the ball back.

Hauge cost just €5m, a bargain given his excellent impact in the Rossoneri jersey. Despite Pioli slowly inserting him, yesterday’s goal is already Hauge’s third of the season after the one against Celtic in the first game in Scotland and the other at Napoli.

The 21-year-old  has no intention of stopping, and he is instead aiming for a permanent place in the Milan of the future.