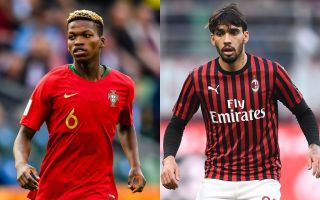 Tuttosport: Milan could offer €15m plus player for Benfica starlet – the details

Florentino Luis continues to be linked with AC Milan. The 20-year-old hasn’t made an appearance for Benfica in the league since November of last year, highlighting the need to start a new adventure elsewhere.

According to today’s edition of Tuttosport (via MilanNews.it), the negotiations between the clubs are well alive as the Rossoneri are trying to insert Lucas Paqueta into the operation. The Brazilian hasn’t lived up to the expectations and should leave this summer.

Although Milan would like to collect around €30m from Paqueta’s departure, the offer would also include €15m in cash, taking the total up to €45m. As the newspaper continues, there are two factors that could favour the negotiations.

Benfica have shown interest in Paqueta for a long time, even before Milan signed him from Flamengo last year. Furthermore, Florentino isn’t happy at the club and would like to complete a move this summer.