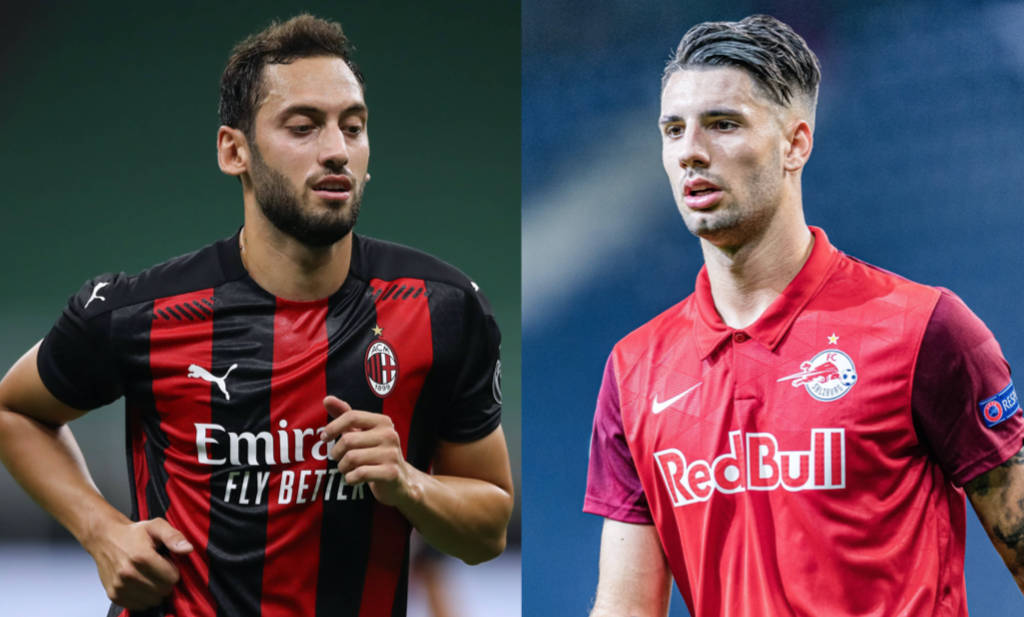 AC Milan have already got a replacement in mind for Hakan Calhanoglu if they are not able to agree a renewal with him, a report claims.

According to the latest from Tuttosport (via Calciomercato.it), there is still distance between the requests of the player’s entourage and what the Rossoneri management are willing to offer.

Gordon Stipic – agent of the Turkey international – will not move from his request of €5million net per season, while Milan are not raising their offer from €4m. In the meantime, Stipic has offered his client to several European clubs such as Manchester United and Atletico Madrid who continue to monitor his situation.

The paper adds though that Milan do not want to be caught unprepared and are targeting Red Bull Salzburg star Dominik Szoboszlai to replace Calhanoglu.

A sale in the January market is not to be excluded for the former Leverkusen man and the Rossoneri are enticed by the €25m release clause that Szoboszlai has, but RB Leipzig are also keen on the Hungarian.

The Rossoneri could be forced to speed up their manoeuvres for Szoboszlai and attempt to close the deal in January, so the sale of Hakan could essentially finance his own replacement.