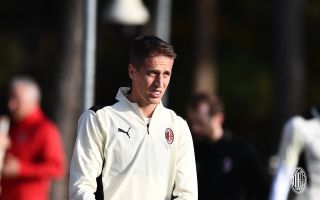 Tuttosport: Two players told they are not part of Milan’s plans and can leave in January

Two players have been told that they can find a new club in the January transfer window as they are no longer part of AC Milan’s plans, according to a report.

The newspaper Tuttosport (via PianetaMilan) focuses on Milan’s transfer plans, not only touching on potential signings and renewals that should soon be resolved but also exits that could raise funds and free up space both in the wage budget and the squad for new incomings.

The paper states that two players could leave in January and they have certainly been named before: Andrea Conti and Samu Castillejo. The former has not played a minute this season as he has Davide Calabria, Pierre Kalulu and Alessandro Florenzi in front of him in the right-back pecking order.

The latter certainly had a positive moment as he helped engineer a great comeback against Verona earlier this season before getting injured, but ultimately are not part of the project moving forward.