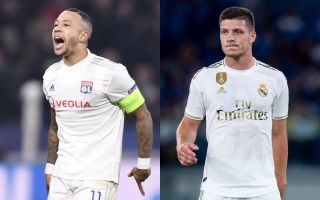 Over the course of the season, both with Marco Giampaolo and Stefano Pioli, AC Milan have failed to get things going up front. Therefore, ahead of next season, they will try to fix the major problem.

The numbers don’t lie: 28 goals in 26 league games. Only Udinese, SPAL and Brescia have scored less than Rafael Leao and his teammates. In short, the Rossoneri have had an attacking department worthy of the relegation zone.

As Tuttosport highlights (via MilanNews.it), the situation has improved since Zlatan Ibrahimovic’s arrival: from 1.06 to 1.6 average goals per game, also including data from the Coppa Italia.

The first move to make, therefore, is to renew Ibrahimovic’s contract although this still won’t be enough. The Swede can’t lead the attack on his own for an entire season, he needs support from his teammates.

Per the newspaper, a new name is also needed. The first player on Milan’s wish list is Luka Jovic, but the intentions of Real Madrid aren’t known yet. The cost, meanwhile, wouldn’t be less than €30m.

Another player that the Rossoneri like is Memphis Depay. The Dutchman’s contract with Lyon will expire in 2021, and it doesn’t look like it will be renewed. Therefore, this summer, he could leave for around €20m.