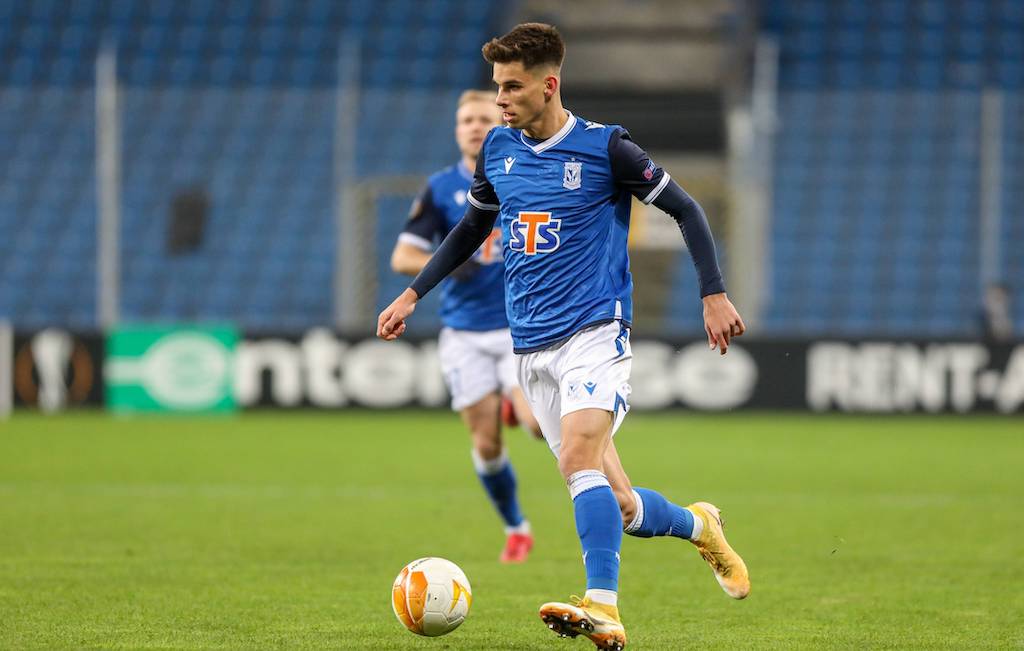 AC Milan took information on Lech Poznan midfielder Filip Marchwinski during a meeting with his agent, a report claims.

As reported by today’s edition of Tuttosport (via MilanNews), Milan have taken information on Marchwinski, a talented 19-year-old midfielder owned by Lech Poznan.

The name emerged during the meeting two days ago with his agent Branchini, and it seems as though it could be a situation worth keeping an eye on given the buzz surrounding the player, who is tipped to have a big future with the national team.

Marchwiński is a youth product of Lech Poznan and made his way through the ranks before reaching their senior team two years ago as a 16-year-old 2018. He made his professional debut for the club in a 6-0 Ekstraklasa win over Zagłębie Sosnowiec at the age of 16, and scored his team’s last goal on his debut.

He can play either as a central midfielder or as a playmaker.