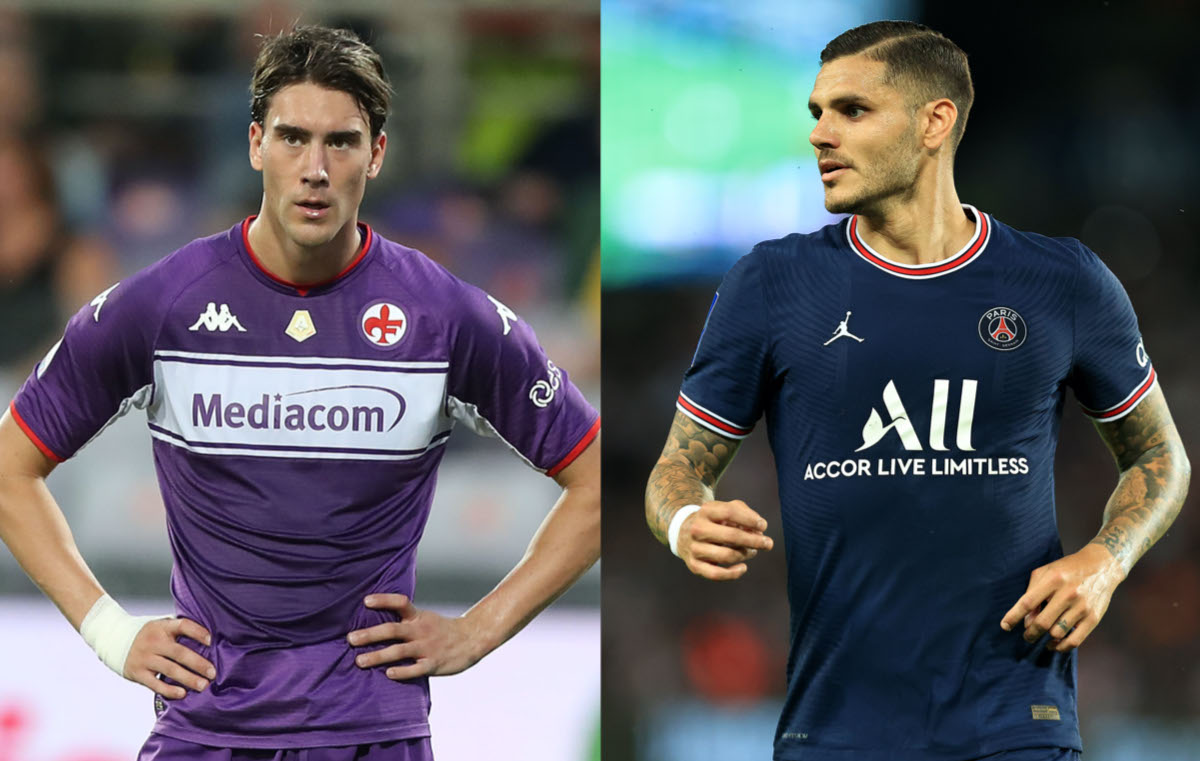 Tuttosport: Milan have Fiorentina and PSG strikers earmarked as potential heir to Ibrahimovic

AC Milan have their eye on two quality centre-forwards as they look to prepare their attack for the future, a report claims.

The Rossoneri currently have three centre-forwards on their books in Zlatan Ibrahimovic, Olivier Giroud and Pietro Pellegri, but the Swede is now 40, the Frenchman is 35 and the Italian is on loan and is yet to convince. This morning’s edition of Tuttosport (via MilanLive) lists Milan as a potential suitor for two strikers who are set to be on the market by next summer at the latest.

The first is Dusan Vlahovic, a player who has admitted to idolising Ibrahimovic and that Milan has been following with interest for some time. To date it is very hard to approach the demands of La Viola, but Paolo Maldini will try and could tempt him, hoping that Juventus and Atletico Madrid do not move first.

The other name Milan are considering is Mauro Icardi, who would have no objections to joining the Rossoneri, especially if he found more playing time than at Paris Saint-Germain having been ousted by the Messi-Mbappe-Neymar front three. The Argentine dreams of a return to Serie A and – with the right conditions – could be Milan’s new striker.

READ MORE: Pioli focusing on the present with an eye to the future – two targets he wants to achieve