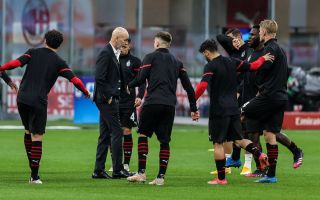 Tuttosport: Milan have no intention of sacking Pioli – the idea is to maintain continuity

AC Milan have no intention of sacking manager Stefano Pioli even if the team miss out on a top four spot, according to a report.

This morning’s edition of Tuttosport (via MilanLive) highlights that Milan will go on with Pioli and confirms what Paolo Maldini often said in the pre-match interviews. The Rossoneri have no intention of changing coaches and, like a year ago, the idea is to give continuity to the technical project.

Pioli has found himself in a difficult position though: the main target for the season must be obtained and in the most difficult match, a situation that was to be avoided in any case. However, the paper writes that he has done an excellent job with this Milan regardless as he has cleared the rubble and built a team that, for long stretches of the season, was at the top of the standings and never dropped below fourth place.

The match against Cagliari has highlighted once again that there is no alternative to playing without Ibrahimovic and that is one of the things that Pioli will have to work on for the future, but the coach is aware of this.