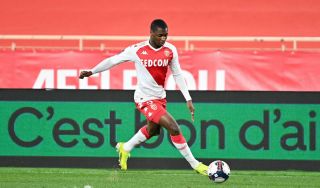 Tuttosport: Milan hoping to sign Monaco full-back in the coming days – €6m could be enough

AC Milan appear to have chosen the man they want to be Theo Hernandez’s deputy in Fodé Ballo-Touré of Monaco, a report claims.

According to Tuttosport (via MilanNews), the 24-year-old Monaco left-back is a concrete target for the Rossoneri to the extent that the negotiation between the two clubs is well underway and has had an important acceleration in the last few hours.

The deal could be closed shortly as Milan are eyeing a loan with option to buy deal, even though Monaco would like to insert an obligation to buy. An agreement between the parties must also be found on the amount of the buy-out option, as Milan want it to be set at €4m and Monaco want €8m, but a deal could be struck at €6m.

If the Senegal international were to arrive, it would not rule out the potential return of Diogo Dalot, who would be signed as the deputy to Calabria on the right. For the moment, however, Manchester United are not interested in loaning him out again, so Odriozola of Real Madrid and Aurier of Tottenham are alternative targets.