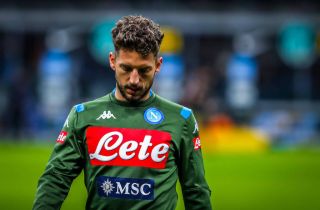 Inter are getting ready to close a deal for Dries Mertens despite Milan have enquired about signing him on a free transfer, a report claims.

The Rossoneri have recently been heavily linked with a move for the Belgium international a report emerged on Monday claiming Milan are in advanced talks with the entourage of Mertens, and that an announcement could arrive next week.

La Stampa then added that the Rossoneri are in talks with the Belgium international, who turned 33 on Wednesday, but reports since have suggested other clubs are further ahead in the race.

According to reports from Tuttosport on Thursday (via MilanNews), Milan have indeed carried out an enquiry with the entourage of Mertens regarding signing him this summer on a free.

However, the newspaper adds that Rossoneri have in fact already left the race as the player is defining the final stages of an agreement with city rivals Inter.