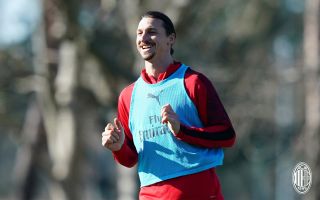 Tuttosport: Milan left to choose between Ibrahimovic and Rangnick – the situation

The AC Milan management will have to make a decision between keeping Zlatan Ibrahimovic and hiring Ralf Rangnick this summer, a report claims.

According to Tuttosport on Tuesday (via MilanLive), there is no room for both Rangnick and Ibrahimovic in the new Milan. The club will therefore be forced to choose, and it could be this situation which sees the Swede end his second spell at the club after just a few months.

The reasons for this situation are manifold. Firstly, Ibra is not always able to bear strong personalities on the bench which the German certainly is due to his rigid philosophy.

There is also a strictly tactical aspect, relating to the pressing that Rangnick insists on but that Ibra has never endured and which he does not intend to now especially at 38 years of age.

Only one scenario could perhaps change the cards on the table: Rangnick’s arrival as sporting director and not with the double role that would also see him become head coach. But even in this way, Rangnick loves to focus on young players.

It would then be up to Pioli or whoever would be on the bench to convince him of the importance of having Ibrahimovic as part of the squad.