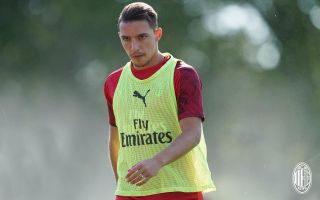 Tuttosport: Milan likely to be without star midfielder for Inter clash – when he should return

It looks very much as though AC Milan are taking the cautious approach when it comes to Ismael Bennacer’s recovery.

As Tuttosport reports today (via MilanLive), Bennacer has not been in action since 13 December against Parma, a match that ended 2-2 and saw him come off with a thigh problem that has so far taken five weeks to recover from.

It was hoped to have him back in the squad on Saturday afternoon against Atalanta, but we will have to wait a few more days as the paper claims that the date of his likely return is now January 30 when the Rossoneri will face Bologna.

Therefore, Bennacer will not only miss a vital game on Saturday – although Theo Hernandez, Rade Krunic and Ante Rebic will all be back – but he will also miss the derby against Inter in the Coppa Italia.

Pioli will have to make do with Franck Kessie, Sandro Tonali and new signing Soualiho Meite in the midfield engine room until then.