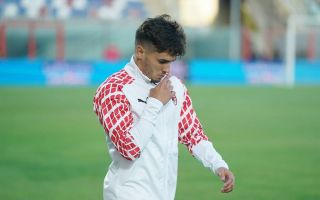 AC Milan are likely to be able to keep Brahim Diaz for another season despite the fact his loan is set to expire, a report claims.

Brahim had an up and down season during which he alternated good performances with ones where he was more anonymous, but some of his contributions towards the end of the season proved valuable in helping Milan secure a second-placed finish and a return to the Champions League.

As PianetaMilan writes, the summer will be decisive for Brahim’s future and Milan would like to keep him, but the decision rests with who have no plans to let him go easily. Los Blancos believe in the 21-year-old, so much so that they armed him with a release clause of €750m when they signed him from manchester City.

Milan are trying to sign him again with an option to buy, but it is very difficult. This is why, according to Tuttosport, the most probable hypothesis is that of the renewal of the dry loan for another year. Then, in a year, his future will be discussed again.