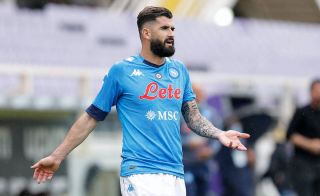 AC Milan have been offered the chance to sign Elseid Hysaj on a free transfer once his contract expires, according to a report.

This morning’s edition of Tuttosport (via MilanLive) writes that Hysaj’s agent has offered him to the Rossoneri management, with Paolo Maldini and Ricky Massara currently reflecting and trying to work out which profile is the most suitable to become the deputy to Theo Hernandez, given that Diogo Dalot is set to return to Manchester United after his loan.

The idea of signing an experienced Serie A player like Hysaj could stimulate the interest of Milan, but Fiorentina and Lazio are also keen on him. The Rossoneri for their part are monitoring the situation around the 27-year-old Hysaj but in the meantime they are also looking around, given that their recruitment policy tends to favour younger options and also there are other priorities to address first.