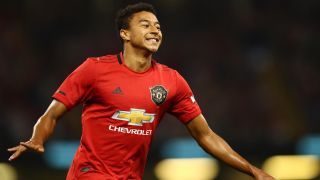 AC Milan have been offered the chance to sign Manchester United playmaker Jesse Lingard this summer, a report has claimed.

According to what is being reported by Friday’s edition of Tuttosport (via MilanNews), Milan have been offered the chance to sign Jesse Lingard from Manchester United in the summer window.

Lingard’s agent is Mino Raiola, a figure who of course has a lot of influence at Milan given he represents Gianluigi Donnarumma, Zlatan Ibrahimovic and Alessio Romagnoli.

Lingard struggled hugely in the 2019-20 season and has been widely tipped to leave Old Trafford after a season in which he didn’t manage a single Premier League goal or assist until the final game of the season.

This comes after The Sun reported last month that Milan are keeping tabs on the 27-year-old, who United will offload to try and fund a move for Borussia Dortmund’s Jadon Sancho.